A Tale of Two Talmuds

Welcome to Shekalim! Shekalim is unusual among the tractates we are learning because the Gemara part is the Talmud Yerushalmi, not the Bavli we have been studying until now. This is in fact the only tractate where we will learn the Yerushalmi. It has often been printed in editions of the Bavli perhaps so that there will be a Gemara for every tractate in Moed (there is no Bavli for the Mishnah of Shekalim). That is probably why Rabbi Meir Shapiro included it in the daf yomi cycle. What is the Talmud Yerushami, how is it different from the Bavli and why don’t we study it more often?

There is one Mishnah (with variations, but that is a different point). It was compiled in the land of Israel by Rabbi Judah the Prince, around 200 CE, from various collections of statements and teachings by the rabbis. Although it was not actually written down until much later, it became the standard text of the Oral Law. And as with any standard text in Judaism, there were many discussions, arguments and statements about it. These statements grew into two new texts. One is our familiar Bavli, the Babylonian Talmud. While it includes many, many statements from the rabbis of the land of Israel, it was compiled in Babylonia and completed some time in the 6th century CE.

Meanwhile, in Israel, another text was being compiled. Like the Bavli, the Yerushalmi also commented on the Mishnah. The Yerushalmi, or Jerusalem Talmud, is misnamed. By the time of the Amoraim, the rabbis of the Gemara, Jerusalem was a Roman city, off limits to Jews. The Jerusalem Talmud was actually composed mostly in Tiberias, with additions from the schools of Tzippori and Caesarea. However, the name Tiberias Talmud lacks a certain cache. Some called it the Talmud of Eretz Yisrael or the Talmud of the West תלמוד דבני מערבא, since Israel is west of Babylonia. It was completed about one hundred years earlier than the Bavli, at the beginning of the fifth century CE. 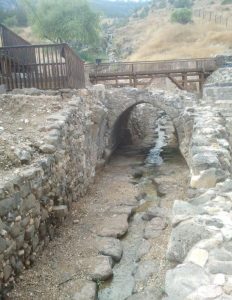 How are the two texts different? First and foremost, they don’t both comment on the same Mishnayot. The Yerushalmi includes all the tractates of Zeraim, Moed, Nashim and Nezikin. As far as we know, there is no Yerushalmi on Kodashim and Toharot except for a few chapters of Niddah. The Bavli on the other hand ignores most of Zeraim, except for Brachot, probably because these tractates are mostly about laws pertaining to agriculture in the land of Israel. It also has, as I have mentioned, no Shekalim, perhaps for a similar reason (although the Bavli certainly does have many tractates that address ritual in the Temple). The Bavli, like the Yerushalmi, also only includes Niddah from all the Mishnayot of Toharot but it does have commentary on much of Kodashim. In addition, the texts of the Mishnah in each Talmud sometimes differ. The Bavli is written in a different dialect of Aramaic than the Yerushalmi and it also includes more Hebrew, while the Yerushalmi includes more Greek. The Yerushalmi tends to be more concise, have fewer stories and midrashim and fewer demons and angels

The background to each Talmud was also very different. Babylonia was ruled by the Parthians and later the Sassanians and the religion there was Zoroastrianism, a religion replete with demonology and dualism.  Israel was ruled by the Romans, first as pagans and then as Christians. Their laws were different as was their attitude to the Jews in their midst – it was generally more antagonistic. While the Jews of Tiberias and Zippori could look back at a glorious past in the land of Israel, in practical terms it was much easier to live in Babylonia where the economy was stronger and there was less persecution. 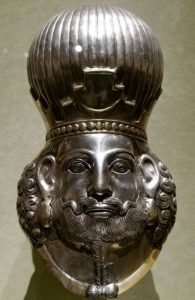 Shapur II, a Sassanian ruler in the fourth century (Wikipedia)

But the most important differences are timing and popularity. The Yerushalmi was completed earlier because the Land of Israel was becoming a difficult place to be a scholar by the fifth century CE. The Roman Empire had become Christian a century earlier and there was more antagonism towards Judaism and the rabbis. By 421 CE the empire abolished the Patriarchate, the leadership of the Sanhedrin, essentially bringing to an end centuries of rabbinic leadership in the land. While Eretz Yisrael would assert its primacy for centuries to come, the seat of learning moved to the great academies of Babylonia.

This helps to explain the fate of the two books. The Babylonian Talmud enjoyed the prestige of the Torah academies in Babylonia. By the time of the Geonim (7th century), Jewish communities all over the world addressed their questions to these academies, contributed money to them, and received their emissaries as teachers. It was only natural that the text of the Babylonian school would become more important while the Talmud of the Land of Israel languished in obscurity. In terms of rulings, the understanding was that since the Babylonian Talmud was later, we rely on its interpretation of the law and the Yerushalmi must defer to it. Rabbi Isaac Alfasi  (North Africa 11th century) stated this very clearly:

“since our Talmud [the Babylonian] permits it, it is of no concern to us that the Talmud of the west forbids it, because we rely upon our Talmud since it is later (batra’ei) in time, and they were more versed in that Talmud than we are. Were they not convinced that one need not rely upon that statement of the Jerusalem Talmud they would not have permitted it.” (RIF to Eruvin 104)

By the time of Rashi in 11th century France, the Bavli was supreme. Rashi’s masterful commentary would solidify that position even more as the Yerushalmi never had a comprehensive commentary like Rashi written on it.

An old saying states הכל תלוי במזל אפילו ספר תורה שבהיכל, everything has luck, even a Torah scroll in the synagogue. Some books became popular and others did not. But while the Yerushalmi has never had the same following as the Bavli, there have always been scholars who have studied it. In 1980 the then Gerer Rebbe Rabbi Simcha Bunim Alter, proposed a daf yomi for the Yerushalmi like there is for the Bavli. While it never caught on to the same extent it has become somewhat popular as well. Yerushalmi has special challenges. Besides having no Rashi (equivalent to learning how to drive with one hand tied behind your back) there are many problems in the text and we are often unsure what the correct text is. But perhaps the time has come, as we return to our Land, to return to the Talmud of Eretz Yisrael as well. 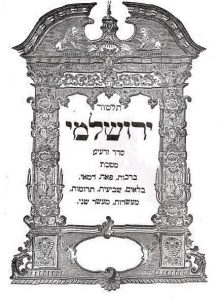