A Voice in the Wilderness

A truly heartrending moment takes place on our daf. After a cruel murder by a priest who cared more about Temple service than about his fellow man, Rabbi Tzadok stands in front of the crowd and renders a searing indictment:

“The Sages taught in the Tosefta: An incident occurred where there were two priests who were equal as they were running and ascending the ramp. One of them reached the four cubits before his colleague, who then, out of anger, took a knife and stabbed him in the heart.

Rabbi Tzadok then stood up on the steps of the Entrance Hall of the Sanctuary and said: Hear this, my brothers of the house of Israel. The verse states: “If one be found slain in the land… and it be not known who had smitten him; then your Elders and your judges shall come forth and they shall measure…and it shall be that the city which is nearest to the slain man…shall take a heifer” (Deuteronomy 21:1–3). Upon whom is the obligation to bring the heifer whose neck is broken? Does the obligation fall on the city, Jerusalem, or does the obligation fall upon the Temple courtyards, so that the priests must bring it? At that point the entire assembly of people burst into tears.” (Yoma 23)

Who is Rabbi Tzadok and how does he have the authority to attack the corrupt priorities of the kohanim? One of the early Tannaim, as well as a distinguished kohen himself, Rabbi Tzadok appears in various stories in the Gemara, usually in the context of either Temple worship or destruction. In some ways, Rabbi Tzadok is a complementary character to his contemporary Rabban Yohanan ben Zakkai. But whereas it is Rabban Yohanan’s job to bring the people out of their despair over the Temple’s destruction, it is Rabbi Tzadok who warns them while they are still deep in their complacency, and mourns with them after the die is cast.

Rabbi Tzadok was a prominent figure in late Second Temple Jerusalem. He was a kohen and served in the Temple and answered questions about how the protocol worked. His son Rabbi Elazar remembers being carried on his father’s shoulders on the Temple Mount and gives many eyewitness accounts of how things were in the Temple. For example, on Sukkot, the people of Jerusalem would carry their lulavim with them everywhere (Sukkah 41). Rabbi Tzadok was a student of Shammai but followed the rulings of Hillel and of his descendant Rabban Gamliel and was close to the Gamliel dynasty after the destruction as well. 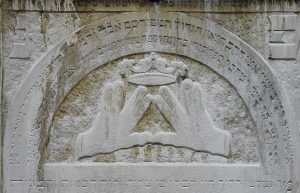 For a kohen of Rabbi Tzadok’s stature, the priests’ descent into corruption must have been incredibly disheartening. In response, he chose to fast for forty years, subsisting on figs and water, in the hope that this would bring redemption. Perhaps he began this penance after the incident described above. Rabbi Tzadok witnessed the terrible downfall of the city and not only of the Temple. When the Roman siege came, he saw how the wealthy women like the daughter of Nakdimon be Gurion were reduced to eating grain picked out of the dung of the horses.

By the time the Romans arrived at the gates of the city, Rabbi Tzadok was a shadow of his former (physical) self. But his mental and spiritual powers were still at their height. When Rabban Yohanan ben Zakkai managed to escape from the Zealots and reach the Roman general Vespasian, he was granted favors. He asked for the refuge of Yavneh but also for doctors to heal and save Rabbi Tzadok:

“Rabban Yoḥanan ben Zakkai said to him: Give me Yavne and its Sages and do not destroy it, and spare the dynasty of Rabban Gamliel, and give me doctors to heal Rabbi Tzadok.” (Gittin 56b)

Without Rabbi Tzadok beside him, Rabban Yohanan ben Zakkai knew he could not rebuild the nation. Rabbi Tzadok represented the Temple as it should be and hopefully will be again.

One version of the story of Rabban Yohanan ben Zakkai and Vespasian has Rabban Yohanan searching for Rabbi Tzadok. He finally finds him at the gate to the city. Rabbi Benny Lau says this shows that Rabbi Tzadok did not show allegiance to any party, not the Zealots or the pacifists. He is only interested in praying to God, the ultimate arbiter.

The midrash in Eicha Rabba, adds that Rabbi Tzadok was not spared some of the horrors following the Roman conquest. One story has him at the mercy of a Roman matron who tries to corrupt him with a beautiful slave girl. He tells her that he comes from a distinguished priestly family and cannot possibly be matched up with this slave. Another truly terrible story is about two of his children, a son and a daughter. Each is sold into slavery and at one point their respective slave owners put them together so that they can produce children for them. Through conversing, they discover that they are siblings and they fall upon each other crying until they die. This story exemplifies the calamity of exile and enslavement and the downfall of a priestly family.

Whatever may have befallen him and his family, eventually Rabbi Tzadok arrived in Yavneh and taught alongside Rabban Gamliel. He even ate at his table. But he did not return to normal life. Reconciling the awful destruction he had witnessed with the fact that life goes on seems to have been very difficult for him.  While Rabban Yohanan ben Zakkai institutes laws to help remember the Temple but continue without it. Rabbi Tzadok continues to mourn. A powerful midrash in Eliyahu Rabba has him accusing God of watching complacently as the Temple is destroyed. The man who had seen the Temple in its glory and watched its defeat cannot let go of it.

However, the midrash continues, that night he dreamt that God and the angels were mourning the destruction along with him. Rabbi Tzadok, the prophet who foresaw the destruction decades before it would occur, may have finally found some peace in knowing that עמו אנכי בצרה, I (God) am with you in your suffering. 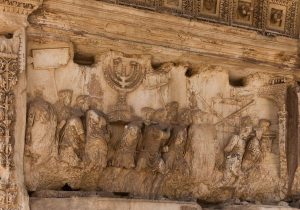 All sources and ideas are from Rabbi Dr. Mordechai Margoliyot and Rabbi Benny Lau.