One of the most famous coins in Talmudic times appears on our daf, Shabbat 65. The ‘Sela’ coin was based on the Roman system, similar to the Tyre tetradrachm, and was worth twice the value of the famed ‘Shekel’ coin – always minted in silver.

Half shekel of the Temple Tax Hoard of the minting year 4-5 CE.

At the time of the Jewish revolt against the Romans, the Tyrian mint stopped issuing silver shekels, yet they were still needed by the Jewish population of the time, for their annual temple tax of a half-shekel. The Jewish authorities of the time decided to mint their own version, a thicker one shekel, half and quarter shekel coins. We have examples of these, from years One through Five of the Great Revolt, leading up to the destruction of the Temple in 70 CE.

You’ll notice the beautiful and very ‘Jewish’ symbols: a rimmed chalice on one side and three pomegranates on the other. Ancient Hebrew script reads Yerushalayim ha-Kedoshah (“Jerusalem the Holy”) and Shekel Yisrael (“Shekel of Israel”) with the abbreviated dates: shin alef, shin bet for sh[enat], a[lef], “year one,” sh[enat] b[et], “year two,” etc.).

Another set of silver coins, again as much an expression of Jewish liberation as for practical reasons, was minted during the Bar Kochba revolt (133-135 CE).  These were based on the Great Revolt coins above, and always called for ‘the freedom of Jerusalem’.

Take a look at this modern sale of these ancient coins, demonstrating the details and value of the sela coin, minted uniquely in each year of the revolt. Of course, the later the date, the fewer the coins, as the revolt faded and ultimately failed – and the higher the value now! 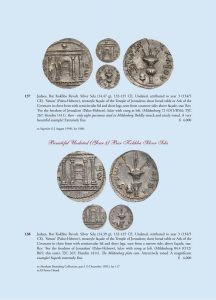 Eventually, some of these coins found their way to what researchers term ‘secondary use’ as scrap metal. We’ll find references to these in our daf cycle, in Baba Metzia 52b, Avoda Zara 53a and more.  And only with the return to our land in modern times and the establishment of the state of Israel, have the Jewish people been able to mint coins once again – no longer choosing a sela, but throwing back to the Temple’s ‘shekel’ as the basis of our renewed monetary system – often with the age-old symbols of Jewish-minted coins through the ages! 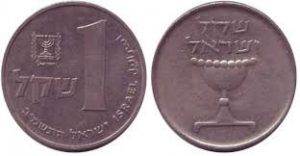 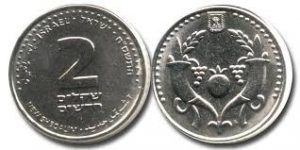 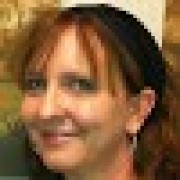 Ruthie Lieberman is an Israeli-based political consultant and licensed tour guide, combining her love of Israel with political acumen to better Israel's standing both at home and in the eyes of the world. She has consulted for political leaders in Jerusalem and in Washington, from work on election campaigns to public advocacy and events. Her tours in Israel connect Biblical history to modern realities, to highlight Israel's achievements and promote its policies.
More Content from this Author