My baby woke up from his nap today just as I was sitting down to breakfast, and so I decided to eat with him before I took him back to the bedroom to nurse. His siblings were all in school, it was a quiet morning, and I let him sit on my lap as I peeled back the silver-backed cover on my container of plain yogurt. The sun streamed in through the window as I dipped the spoon in, breaking the perfect smoothness of the surface like a shovel breaking through a field of newly fallen snow. As I lifted my hand to my mouth, drawing it over my baby’s head, he stopped me, seized hold of my wrist, and directed the spoon to his mouth. I was too astonished to do anything other than surrender control and sit back as my breakfast was hijacked by my seven-month-old, to whom I proceeded to feed the entire container of yogurt. Afterwards, when I offered him the breast, he was not interested. And then the sadness set in.

The connection between weaning and maternal depression is a well-documented phenomenon, and I experienced it with each of my children. The first time it happened, I was caught completely off-guard. I remember breaking down in tears in the library while trying to edit a book about Jewish heretics. It was a rather dry academic book and I wasn’t particularly invested in the subject matter; why, then, was I struggling to keep the tears off my computer touchpad? No one had prepared me for the feeling of futility and despair that overcome me. I thought of the Talmudic phrase חלש דעתיה, which literally means “his mind weakened” but is used to describe a faintness of heart caused by disappointment or heartbreak. The phrase is usually used in the Talmud in reference to men – after one sage is deeply insulted by another, his “mind weakens.” But the term was so well-suited to my mood. My spirits had plummeted, though if anyone asked what was bothering me, I would not have known what to say. It was only when speaking to a close friend on the phone a few days later—a friend who was a more experienced mother—that I was made aware of what was going on. “You’re weaning your baby,” she told me matter-of-factly. “Of course you’re depressed.”

This time it feels different, though, because I’m assuming it’s my last. Now that my baby is past six months, I feel like the sun is setting and the glory is fading and my moments of bliss with baby at the breast are numbered. I remember that when I was a kid, I overheard a conversation in which an adult expressed surprise that the president—whoever the president was at the time—was making a particular trip to some far-flung part of the world. “What’s the problem?” I asked my father. “Can’t he go anywhere he wants?” “But his term is only four years,” he responded. That means he has only 1300 days in office – he ought to use them more wisely.” I don’t know if I got the number exactly right, or if my father did. But I remember marveling at the fact that days could feel so finite even when there were so many of them. And now I felt the same way. Hopefully I have at least another few months of breastfeeding left. But each day feels fleeting and elusive, with the baby already pulling away – getting ready to crawl away, to walk away, to ask using words for more yogurt please.

I expect I will wean him right around the time we finish Masechet Shabbat, and indeed much of his life has unfolded against the backdrop of my study of this tractate. Masechet Shabbat is one of the longest tractates in the Talmud, and hence one of the heaviest tomes. When I nurse I balance it precariously over him with one hand, my other hand secured under his back with his head of curls nestling in the crook of my elbow. The hand holding the book aches and I wish we were back in Berakhot, when the book and the baby were lighter, and the sugyot were simpler. Now I am struggling to follow, and he struggles not to be distracted – Can you throw an object from one ship to another on Shabbat if the two ships are tethered together? May goats go out on Shabbat with their udders bound to inhibit their milk supply? For how long did the Israelites prepare to receive the Torah on Mount Sinai? I read to myself, but if the baby finishes nursing before I have finished the sugya, I hold him upright and read aloud until I come to the end. I do not want him to feel ignored, so I look at him as I read each line with exaggerated emotion, as if he were my study partner and I were posing first the questions and then the answers without letting him get even so much as a burp in edgewise.

I wonder if there are days when the baby is not even conscious that he has come off the breast and has begun to imbibe Torah instead of milk. In the Talmud breastmilk is compared to manna, based on the biblical description of the taste of the manna as שד השמן – the word שד means breast, though the phrase is usually translated as a rich cream. Rabbi Abbahu comments that just as breastmilk tastes like whatever the mother has eaten, so too the manna tasted like many tastes to the Israelites (Yoma 75a). Moreover, the manna was given to the Israelites when they were in their infancy as a nation, preparing to receive the Torah. Indeed, receiving the manna was not unlike receiving the Torah – both were gifts that came down from heaven to the Israelites and provided sustenance. Rabbi Nahman of Bratzlav writes that the Tzadik is called a mother who breastfeeds Israel with the milk of his Torah (Likutei Moharan 1:19 and 1:4). And the midrash observes that “the Torah could be given only to eaters of the manna” (Mekhilta Beshalach Vayasa Bet). The Israelites, when receiving the manna, had to have faith that new manna would fall every day and not hoard or stockpile it. This same faith was necessary to hear God speak the words “I am the Lord your God.” I hope I am teaching my baby to have faith in me that I will continue to nourish and sustain him even after he is weaned.

Like the Israelites who demanded that God provide them with meat to eat, my baby is someday going to reject the breast entirely, and I will begin to teach him at the table, as I teach his older siblings. I feel fortunate that I have not grown exasperated with nursing, as did Moses in last week’s parsha: “Did I conceive this entire people, did I bear them, that you should say to me, ‘Carry them in your breast as a wet nurse carries an infant?’” (Numbers 11:12). Moses had enough of the Israelites, and demanded that God wean them from him. While there are times when I wish I were not tethered to my baby, I try to remind myself that I will hopefully have the rest of my life ahead of me to leave the house without him, prepare to teach Torah for longer stretches, and engage with my son from a greater distance.

Already he is pulling away, conscious that my milk is not enough. It is like my daughters who are starting to read independently; they still want me to read aloud to them, but they are now taking in sentences and stories on their own as well. Efrat Garber-Aran, an Israeli writer who composed a “blessing for breastfeeding,” muses that in the earliest stages of infancy, a baby might recite the blessing “who has provided me with all I need.” But as the baby gets older and begins to eat solid food as well, a different blessing ought to be recited: “who is good and who does good.” Her blessings reflect the reality that as the baby gets older, breastmilk becomes more about goodness and pleasure and less about nutrition and sustenance. Of course, as Garber-Aran realizes, even a baby as old as my own cannot make such a blessing because he cannot yet speak; therefore the mother should recite the blessing for the baby. Garber-Aran adds that the mother must recite an additional blessing over her own pleasure at breastfeeding: “Blessed is the Lord our God… who has made me a woman.” I will be sad when this stage of life is over, but I am so grateful that God created me with a body that can perform this wonder. Did I conceive this person? Did I bear him? Unlike Moses, I answer with a gratified yes, hopeful that I will merit to lead my children into the uncharted landscapes that beckon with promise ahead. 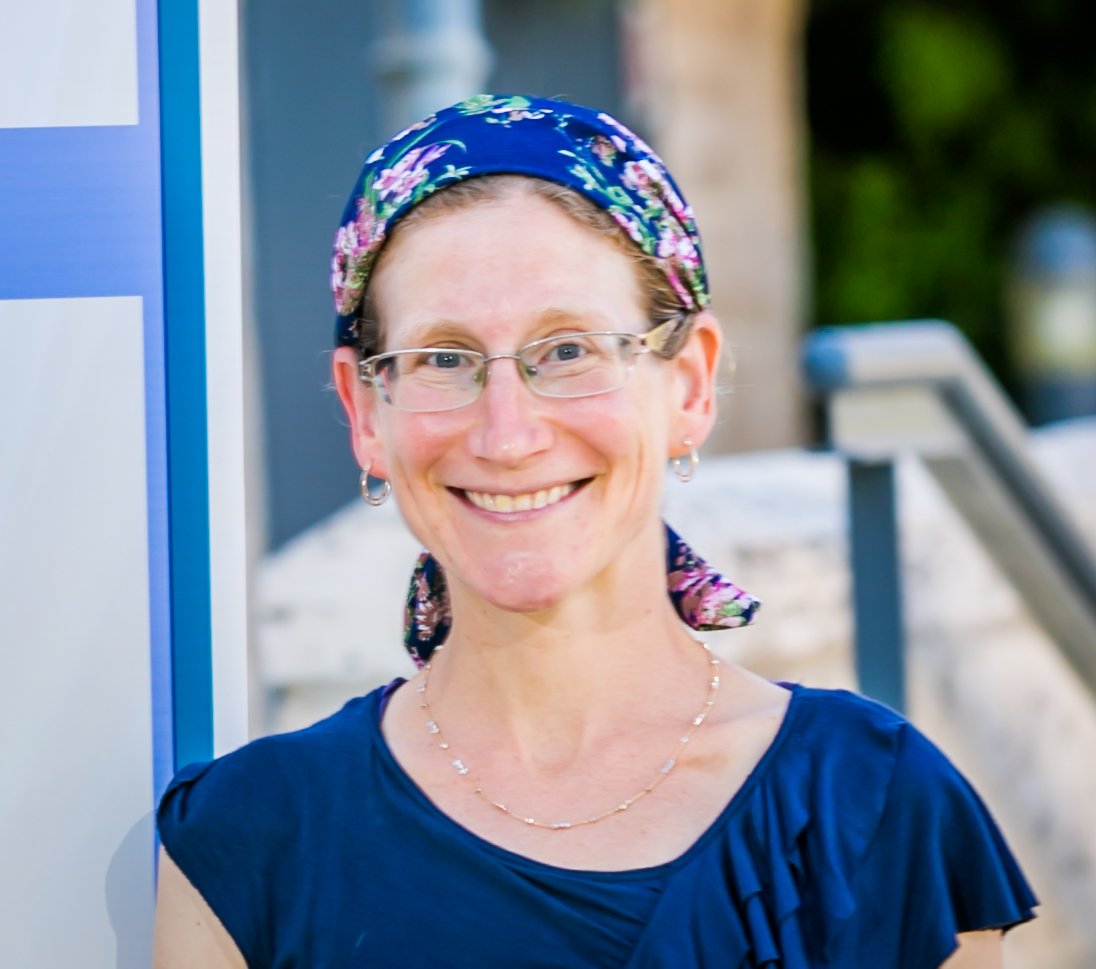