Masechet Betzah has a strange name. Are we going to learn about all the different ways to prepare eggs? It is in fact one of the few tractates in the Gemara that is named after its first word rather than after its subject matter. And indeed, many of the early commentators call it something else entirely: Masechet Yom Tov. After we have exhausted the laws of Shabbat in Shabbat and Eruvin and gone through the major holidays in Pesachim, Yoma and Sukkah, now is the time to look at the general principles of the Yamim Tovim, holy days. Yom Tov has many similarities to Shabbat in its laws and prohibitions but it has two major differences. One is that the punishment for violating a Yom Tov prohibition is much less severe than a Shabbat one – lashes rather than death. The other is that many things are permitted on Yom Tov as long as they are connected somehow to אוכל נפש, food preparation, which one is allowed to do on Yom Tov and not on Shabbat.

The permission to make food on Yom Tov, as opposed to the stringent prohibitions on Shabbat, is learned from this verse in the book of Shemot:

Food that will be eaten on that day is called אוכל נפש, food for each person, and it is permitted to be prepared on Yom Tov. Of course, like any rabbinic rule, there are restrictions and caveats. Food can only be made for that day and not for later days and it has to have existed in the world before Yom Tov (hence our discussion on daf 2 about eggs laid on Yom Tov). Most importantly, it has to be something that cannot have been prepared beforehand without it becoming damaged or spoiled. So while there is no problem in preparing dough, kneading it and baking it, the rabbis drew the line at harvesting and threshing wheat, activities that could easily be done a few days before with no harm done. Same thing for meat. Not only can you cook meat, you can actually slaughter it on Yom Tov, not an activity we would consider particularly holiday-like. The assumption is that fresh meat will be tastier and healthier. However, you cannot hunt an animal on Yom Tov;  instead you should catch it beforehand and keep it alive. 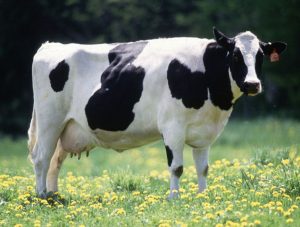 The goal is to preserve the spirit of the holiday as much as possible while allowing for the maximum food and enjoyment. Yom Tov should not be the day that you do all your threshing work but it can be the day that you bake fresh bread since fresh bread is much tastier than day-old bread. Because of these leniencies it was also important to the rabbis to encourage doing the work whenever possible in a way that was different from the normal manner:

“Rav Ḥanan bar Rava said to Rav Ashi: The Sages said: As much as it is possible to modify the weekday manner, one should modify on a Festival.” (Betzah 30a)

All this is somewhat alien to our modern sensibilities. Today many of us make a whole lot of food BEFORE Yom Tov and then use the אוכל נפש leniency for heating it up. Even if we cook a little on Yom Tov, the bulk of the work is done prior to the holiday. Many of us are familiar with the game of what is often called refrigerator tetris. You know what I mean – if I put the kugel on the bottom maybe I can fit a few trays of chicken on top, and will that pot of soup fall over if I balance it on the vegetables? This issue, too much food and not enough refrigerator space, is what we would call a First World problem. I prefer to call it a Modern World problem. Our ancestors were dealing with much different concerns about their Yom Tov meals. In a world without refrigeration, you had no choice but to prepare the food right before you ate it. You can make do on Shabbat by keeping things in your oven overnight but Yom Tov, which in the Diaspora was two days (as was Rosh haShana in the land of Israel) this was more of a challenge. And food was essential to a Yom Tov celebration because as the Gemara in Pesachim (109) tells us, rejoicing means meat (and wine). Hence the need to make the food on the day you eat it. 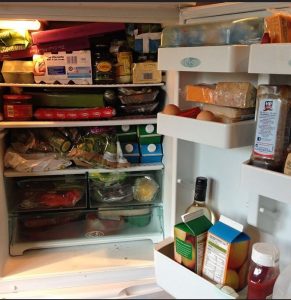 The idea of making everything that day even extends to buying it that day. Later in our masechet (Mishnah 3:8) we hear about mechanisms that allow one to buy meat and other items ON Yom Tov. Meaning, stores opened their doors on Yom Tov since no one could store food at home and animals had to be slaughtered that day, presumably by the butcher.

What exactly were people eating? The main components of the diet were the same as those stressed in the second part of the Shema: דגן, תירוש, יצהר: wheat, wine and (olive) oil. Bread, as well as legumes (lentils, fava beans, sesame and more), some vegetables, oil, vinegar were the components of regular people’s everyday diet. 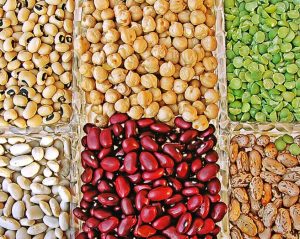 Meat was eaten rarely not only because of its expense, but because of its size. If you are going to slaughter a cow in a world without a deep freezer, you better have a large crowd to feed it to. On holidays, even if your family was not big enough, you could usually find someone to split your purchase with (see Mishnah Betzah 3:6). For the same reason, people raised doves because they are perfect for a small family meal. We find columbaria (niches for nesting doves) in many places in the land of Israel, indicating dove production. They were the TV dinners of the ancient world. 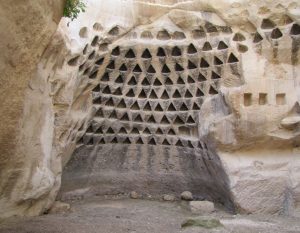 So what would our ancestors make of our refrigerators, freezers and pantries laden with food? I think after they got over the shock they would be jealous. Being able to eat on Yom Tov with minimal toil is the ideal, preparing food on Yom Tov is a concession to reality. I think the rabbis would have been pleased about a world where the main work could be done ahead of Yom Tov without spoiling the essence of simchat Yom Tov.