On Ketubot 23a we have a story about a father, a son and some daughters. The father and son appear frequently in the Gemara, the son being the famous amora Shmuel who is one of the seminal figures of Babylonian Jewry. But we will be discussing the father today. He is referred to by two different names, both of which emphasize his role as a father – his real name is Abba bar Abba, literally father son of father, but he is better known as Avuha deShmuel, אבוה דשמואל, Shmuel’s father. One could argue that he is known by that nickname because his son’s fame far exceeded his own but I think there is more to it. Avuha deShmuel is an exemplary father figure as we shall see.

Shmuel’s father was a wealthy silk merchant who also owned land. He came from a family of priests (Kohanim) and lived in the Babylonian city of Nehardea. He was the spiritual leader of the town, as we see from the Gemara in Betzah (16b) where it is related that he made an eruv tavshilin on behalf of the whole town for Yom Tov. A legend explains that he got the nickname Avuha deShmuel because of a miraculous story about Shmuel’s conception, one that caused people to doubt that he was actually Shmuel’s father.

Like others in this transitional generation before the rise of the Babylonian yeshivot, Abba bar Abba made the pilgrimage to the land of Israel to study with Rabbi Judah the Prince and his coterie of students and colleagues. He became particularly close with Levi, another important figure in Rebbe’s circle (see here for an article about Levi). After being passed over for the leadership of the yeshiva after Rebbe’s death, Levi moved to Babylonia and continued his relationship with Abba. The Gemara (Megillah 29a) relates that the two men sat together in the fabled ancient synagogue of Shef veYativ in Nehardea and heard the Divine Presence enter. 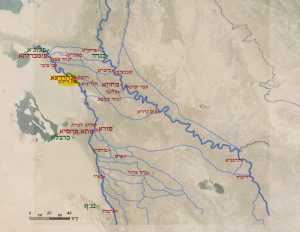 Abba bar Abba was a great and important scholar, consulted by Babylonian and Eretz Yisrael rabbis alike. But his true humanity and wisdom comes through in the fatherly stories about him. Rabbi Benny Lau cites the story about a young Shmuel coming home distressed at how his teacher treated him:

“Shmuel’s father found Shmuel crying, and said to him: Why are you crying? Shmuel replied: Because my teacher struck me. His father asked: Why did he strike you? Shmuel responded: My teacher said to me: You are feeding my son, but you did not wash your hands. Shmuel’s father asked: And why did you not wash your hands? Shmuel said to him: Only he, the teacher’s son, is eating, and I must wash my hands?” (Hullin 107b)

The boy Shmuel explains why he acted as he did- he understands the law and his teacher does not. Shmuel’s father supports his son completely:

“Shmuel’s father said to him: Is it not enough that your teacher did not learn, that he even strikes you?”

While it is often tempting to support the adult and not the child, Shmuel’s father understands that his son is in the right and tells him so. However, this does not mean that he hesitates to teach him when necessary. That is what is going on on our daf in Ketubot. Shmuel is insensitive to the needs of the captive women who have come to his town, saying why should we protect them from being secluded with their Gentile captors – they were alone with them until now! His father rebukes him for his cavalier attitude:

“He said to Shmuel: If they were your daughters, would you treat them with contempt to that extent?” (Ketubot 23a)

The story continues with Shmuel’s daughters indeed being placed in that terrible situation of captivity, we will return to that story soon. But in many of the stories about Shmuel’s father, it is clear that he worries about raising and teaching his children properly. In the Gemara in Shabbat, we hear about the rules he gave to his daughters, which seem to have been stricter than in other families:

These rules may seem like mere chumrot, stringencies, but they are not arbitrary. Shmuel’s father knows his daughters and worries about them. He knows that they like to wear colored strings in their ears and are likely to take them out on Shabbat and show them off to their friends, thereby violating the prohibition of carrying. He is concerned for their purity and their innocence. And, at least according to one interpretation in Tosafot, the mats he makes for them in the river are really screens, so that they can immerse in privacy and not be embarrassed. 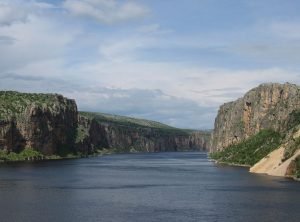 Shmuel’s father tries to teach his children the proper way to behave and he has great empathy for others. One of his jobs was to distribute charity to the poor. Shmuel saw that a poor man that was given charity used it to buy meat and wine. He was disturbed by this and told his father. Abba’s response? Give the man more money since clearly he is accustomed to a high standard of living and it is very hard for him to be poor (Yerushalmi Peah 8:8) In a different story, he speaks to Shmuel from beyond the grave, explaining to him that he hides the money for the poor in between his own money, so that if anything is stolen, it will be his personal money and not the charity coins.

Abba’s role as a father is emphasized not only in his names and his acts but in the story above about the charity money. When Shmuel needs to learn from his deceased father where the money is kept, he goes to the cemetery. There he tries to find his father:

Shmuel does not want just any Abba, he wants his own abba, known as Abba! It is not just a son’s love for his father, but his need for wisdom, that makes him call Avuha deShmuel back from the dead.

Was Shmuel’s father a good role model in helping Shmuel be a good father himself? We don’t know if he was as compassionate but he does seem to have taught his daughters well. When they are taken captive, they understand that they need to go into the court themselves and say that they were prisoners but that they remained pure. If their captors went in first, the women would not then be believed. Their ruse works but the judge understands that they must have learned this law in their home:

“Rabbi Ḥanina said: It is clear from their actions that they are the daughters of great halakhic authorities,” (Ketubot 23a)

Shmuel not only learned halacha from his father, he also learned parenting, a skill that is perhaps even more valuable. Abba bar Abba, you were father of the year! 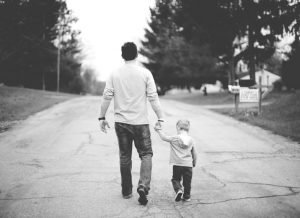