Have You Ever Seen the Rain?

After mentioning the mysterious Netinim (translated as Givonim) a few times in Masechet Yevamot, on pages 78 and 79 we finally get to the core of the reason why they are not allowed to marry into the Jewish people. The tragic story that illustrates their cruelty also portrays King David in a less positive light and showcases an unknown heroine. Who are these Givonim and what can we learn from them?

The story of the Givonim begins in the book of Joshua. They are Canaanites, under the (perhaps mistaken) impression that Joshua and the Israelites will kill all the local people even if they try to make peace with them. Therefore they disguise themselves and trek from the Jerusalem hills to the area of the Jordan Valley where Israel is camped, about a half day’s journey. They present themselves as a nation that has come from far away, having heard of the Israelites and the miracles that God has done for them. They wish to make a covenant and an alliance with Israel. Joshua, not looking too deeply into their story, agrees. A few days later it becomes clear that they are locals. Joshua cannot renege on the promise he made and indeed defends the Givonim against other Canaanites who attack them. But they must pay a price:

“That day Joshua made them hewers of wood and drawers of water—as they still are—for the community and for the altar of the LORD, in the place that He would choose.” (Joshua 9:27)

The Hebrew text says that he gave them to the community: ויתנם, hence their title Netinim, those who were given. The vow that he makes to keep them safe is backed up by swearing in God’s name, creating an unbreakable bond between the two peoples. 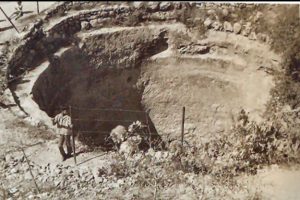 According to the book of Joshua, the Givonim lived in four cities: Givon, Kiryat Yearim, Beerot and Kefirah. These towns are in the center of the land that the tribe of Benjamin, King Saul’s tribe, will inherit. In a fascinating coincidence (or not), Kiryat Yearim is identified with today’s Arab town of Abu Ghosh, on the outskirts of Jerusalem. Just like the Givonim recognized Israel and God’s power and submitted to them more than three thousand years ago, the Arabs of Abu Ghosh also saw that modern Israel, in 1948, would overcome its Arab enemies. They made a separate peace with Israel during the War of Independence and are the only Arab town that remained after the battles in the Jerusalem corridor were over. 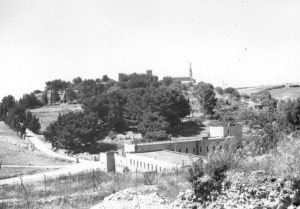 The archaeological site of Kiryat Yearim at Abu Ghosh (Wikipedia)

Back to our story. The Gemara tells us that King David was the one who forbade the Givonim from marrying into the Jewish people, because of their cruelty. To explain that we need to return to the Biblical story that the Gemara cites, in the second book of Samuel, chapter 21. There is a famine in the land and David asks God why He is punishing the people. God answers that it is because of Saul and because of what he did to the Givonim. The Gemara parses that answer and makes one reason into two – because of Saul – that he wasn’t eulogized and buried respectfully – and because of what he did to the Givonim. David deals only with the second part of the sentence. He goes to the Givonim and asks how he can make things right with them. They ask for seven men from Saul’s family to kill in revenge for Saul’s attacking them; a blood price.

When did Saul attack the Givonim? The Gemara in Bava Kama (119) states that he harmed them indirectly. When Saul attacked the city of Nov, a priestly city that housed the tabernacle, he deprived the Givonim of their livelihood, since they served in the Tabernacle. Another approach focuses on the fact that the Givonim inhabited the same territory that the tribe of Benjamin inherited. The first book of Chronicles (8:29) notes that Ner and Kish, Saul’s grandfather and father respectively, settled in Givon. Perhaps there were battles to take back Benjaminite land and resettle it, and the Givonim were killed in the process. In any case, Saul is accused of breaking a vow that Joshua made, to protect the Givonim and for that he must be punished.

The story is cruel. David authorizes the murder and public hanging of Saul’s sons by his concubine and his grandsons from his daughter Michal. He won’t hand over his friend Jonathan’s son because of a different vow, one he made to Jonathan to protect his family. But his adherence to the letter of the law, as well as the Givonim’s thirst for revenge, create a terrible scene. The seven descendants of King Saul are killed and left to hang outside for months, defying the Biblical law of immediate burial. The Gemara tries to absolve David of this sin by saying that hanging their bodies shows that David takes the sin of breaking a vow very seriously.

Into this disquieting scene comes our unlikely heroine. Rizpah bat Ayah, Saul’s concubine and the mother of two of the sons, steps forward. She was an important woman, having been concubine to a king and then again a concubine to his general, Avner ben Ner. But imagine her as a person – the property of one important man or another, forced to watch her sons being killed and their bodies publicly desecrated.  She decides to take action, defiantly but silently. She maintains a vigil for months – from the beginning of the summer until late fall, watching the bodies to make sure no birds or animals harm them. She stays outside with them until the rain begins to fall. But it is a cruel rain, one that falls in anger (the Hebrew word נתך implies that). Something else has to happen before God, the land and the people are reconciled. 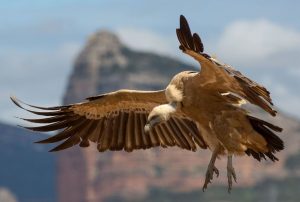 David hears about what Rizpah has done. Here we return to the Gemara’s astute understanding of why there is famine – it is not only because of what Saul did to the Givonim but what was done to Saul by the people. Heroes, a king and his sons, were left for years without proper burial. Rizpah’s silent defiance reminds David of what he has forgotten – to respect his predecessor despite their differences. He goes to Yavesh Gilad, in Transjordan, and personally returns the bones of Saul and Jonathan. They are buried together in the ancestral land of Saul’s family in Binyamin. Only then does God reconcile with the land.

Justice is a primary idea in this terrible story – historical justice and vows that must be kept, both to the Givonim as well as David’s vow to Jonathan. But only Rizpah bat Ayah, an insider but very much on the outside, is able to bring justice to the forgotten fallen, to King Saul and his son. 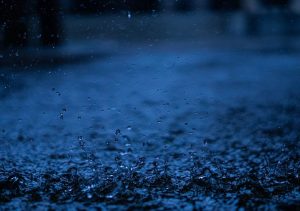