How Many Babylonians Does it Take to Change a Light Bulb? Or הני בבלאי טפשאי 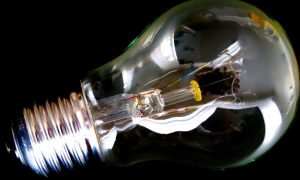 On daf 145b we have a strange story that is told apropos different food customs in Eretz Yisrael and Babylonia. After telling us that many, but not all, people in Israel were grossed out by the Babylonian kutah (a culinary delight made of moldy bread, sour milk and salt) the Gemara segues into a story about Rabbi Hiyya bar Abba and Rabbi Assi. These two are chatting while their teacher Rabbi Yohanan is napping. Rabbi Hiyya asks a series of questions, mostly about Babylonia, and Rabbi Assi answers them. In his answers, Rabbi Assi shows a definite Eretz Yisrael pride. Rabbi Hiyya asks why are chickens fatter in Babylonia? Rabbi Assi answers, not true, there are fat chickens here. Why are holidays happier in Babylonia? Because Babylonian Jews are poor and only have enough to eat on holidays. Why do scholars in Babylonia wear special robes? They aren’t really such scholars so they need something to distinguish them.

Keeping in mind that this story is taking place in Eretz Yisrael, the local pride makes sense. But then Rabbi Yohanan wakes up and tells them that they don’t know what they are talking about. He then proceeds to give a series of pro Babylonian answers. The chickens are fatter because they were never exiled, unlike the animals of the Holy Land which were exiled and returned. The festivals are happier because Israel was cursed and is now plagued with Roman officials who come on holidays and collect taxes. And the scholars are very worthy, they just come from other places and are not well known.

While it is fascinating to note that Rabbi Yohanan, a distinguished Amora in Tverya, is a Babylonia cheerleader, I really want to talk about the rivalry between the two places. We are studying the Babylonian Talmud so naturally their bias comes through but we have many stories about Eretz Yisrael and its scholars. We also know that there was lots of travel back and forth and the two communities were familiar with each other. The slurs go in both directions: Babylonians are called foolish by Rabbi Zeira in Masechet Beitzah because of their custom of eating bread with porridge, and Babylonians are said to believe that the goat on Yom Kippur is actually physically carrying people’s sins (Mishnah Yoma 6:4) The Gemara explains that the Babylonians did not believe this, rather it was the Alexandrians, but people attributed it to the Babylonians because they were disliked.

On the other side of the coin, the Gemara relates that the people of Babylonia have much more clear and unblemished ancestry than the people of Eretz Yisrael. When Ezra came to Israel in the Return to Zion, he took with him all those of questionable ancestry and left the rest behind and so Babylonia has the “purest” Jews (Kiddushin 69b), the fine sifted flour. We have evidence that the Babylonians in the Land of Israel stuck together and had their own synagogues, foods and customs.

Aside from a natural rivalry or local patriotism, what explains these insults? Resh Lakish (Yoma 9b) says that he hates the Babylonians because they should have all made aliya in the time of Ezra and then the Messiah would have come. He is unhappy that many of them stayed behind in the Diaspora. But life in Babylonia was often better for Jews than in the land of Israel. Under the Parthians (2nd century BCE -3rd century CE) they had religious and even some political autonomy and were free of the influences of the Romans and Hellenists. Even when the Sassanians took over (3rd century CE) and instituted Zoroastrianism as the state religion, life was often fine for the Babylonian Jews. They were wealthier than the community in Eretz Yisrael which always had a strong burden of taxes and usually had a better relationship with the government. It is no accident that the famous statement of Shmuel, דינא דמלכותא דינא, the law of the land is the law, came from Babylonia and not Eretz Yisrael. 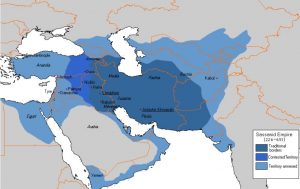 However, Eretz Yisrael always had (or wished to have) primacy, as the Holy Land and the place of the Temple. Even as the Babylonian academies and teachers were becoming more prominent (perhaps this is what Rabbi Yohanan is referring to), Eretz Yisrael saw itself as the true home of Torah and Jewish law. As the Land of Israel was hit with more persecutions and troubles, the Babylonian academies were on the rise and at one point they tried to take the right of fixing the calendar. Hanina, Rabbi Yehoshua’s nephew, went to Babylonia and proclaimed a leap year. Sages were sent after him to tell him he is forbidden to do that. Hanina claimed that there were no worthy scholars in the land of Israel (this is after the decimation of the Bar Kokhba Revolt). The sages tell him that the kids he left behind have now grown into adult goats (there are mature rabbis in Israel now) and if he does not relinquish his power, he will be excommunicated. (Berachot 63a) 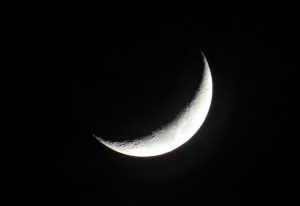 The tension between the two centers, as well as between immigrants and natives is brought to light in the fascinating story of Rabbi Zeira, the archetypical new immigrant. He struggled to get to the land of Israel and when he finally arrived, after many troubles, he was cheated and made fun of as a “greenhorn.” Yet, he fasted one hundred fasts to forget the Torah he learned in Babylonia because he wanted to be filled with Eretz Yisrael Torah (Bava Metzia 85a)!

The tension between Jewish centers will always be with us, until we are all once again united in the Land of Israel. But in this week of Tisha B’Av, let’s try to cut down on the insults, OK?

Much of this article comes from ideas of Professor Isaiah Gafni and Professor Shaul Leiberman, all mistakes and misinterpretations are mine.