This masechta deals with the annual “head tax” of a half-shekel that every adult male Jew was required to pay during the time of the Bet HaMikdash.  The money was used to pay for the public korbanot, which had to “belong” to the entire nation. 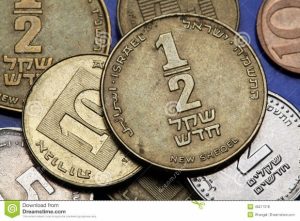 Note that there is no Shas Bavli on mishnayot Shekalim, although there is a Yerushalmi.  (By the way, the same is true of Kinim, Tamid and Middot) The standard editions of the Bavli have included the Yerushalmi Shekalim (with some minor variants) since the sixteenth century and Rav Meir Shapiro zt”l included it in his plans for the Daf Yomi program. One possible reason is that, since this is the only masechta missing from Seder Moed, its inclusion allows us to complete the entire Seder. Unlike the Bavli, there is no standard pagination system for the Yerushalmi, leading to a variety of pages:  it finishes on daf 22 in the Vilna Shas, daf 30 in the Warsaw, and daf 13 in the Zhitomir.  In fact, the earliest full printing of Shas (Venice, 1522) completes the masechta on daf 12! The first seven cycles of the Daf Yomi used a 13-page version. Once that edition became harder to find, the cycle was changed and the 22-page version is now in use.  So – the cycle is now 2711 (instead of 2702) days.  We should also note that the masechta is written in Palestinian Aramaic, not Babylonian, so you will notice different words and phrases than those we have become accustomed to. Finally, there are no commentaries by Rashi and Tosafot on the masechta. The most common traditional commentaries are Rivevan, by Rabbi Yehudah ben Binyamin of Rome (c. 1215-1280), Korban HaEidah, by Rabbi David Frankel of Dessau (c. 1704-1762), and Tiklin Chadtin and Mishnat Eliyahu, both by Rabbi Yisrael of Shklov (c. 1770-1839), one of the students of the Gra who emigrated to Israel in the 1810’s.

The mitzvah of the half-shekel

While these verses seem to indicate that the half-shekel was used to count the people (a census), the Rabbis extended them to serve as a basis for funding communal Temple offerings.  As the Sefer HaChinuch (13th century Spain) says:

There is an allusion to the annual requirement to give the half-shekel in the Bemidbar 28:14, which discusses the offerings for Rosh Chodesh:

The Gemara in Rosh HaShanah 7a notes:

All Jewish adult males (regardless of kohen, levi or yisrael status) are obligated to pay the annual tax. While women and children are exempt, if they choose to contribute, their donations are accepted.  Non-Jews, however, cannot contribute to this specific fund (which is used for communal korbanot); other donations made by non-Jews to the Temple are accepted.

The mitzvah of the half-shekel is mandatory only while the Temple stands. However, it is still commemorated in the custom of donating half the common currency unit (pound in England, dollar in the US, euro in most of Europe, etc.) before the evening reading of the Megillah on Purim and in the public reading of Parshat Shekalim, the first of the “Four Parshiyot[2]” read in (or right before) Adar and Nissan.

The half-shekels were kept in a distinct fund, which had very specific allowed uses. First and foremost, the money was used to pay for the public korban. It could also be used for related expenses, such as paying those who were hired to teach kohanim how to perform various parts of the avodah.[3] If there was money left over after the shekel “fiscal year,” which ran from Nissan to Nissan, the “old” funds were used for specific Mikdash-related projects, which are discussed on dapim 10b and 11a.

Other donations, also discussed in this masechta, were made for the upkeep of the Mikdash, known as bedek haBayit. These were voluntary donations, and could be of any amount, whether money, materials used in the Mikdash or items that could be resold, with the funds raised then used for this purpose.

The half-shekel tax was mandatory for all Jews, not only those living in Israel.  This is so that all have a share in the korbanot and the kapparah they bestow. Collections began with the announcement at the beginning of Adar, which we recall in our reading of Parshat Shekalim on the Shabbat we announce Rosh Chodesh Adar (or on Shabbat Rosh Chodesh if Rosh Chodesh falls on that day).  At the same time, they began repairing roads and make other preparations for the massive aliyah leregel pilgrimage for Pesach. From the 15th of Adar (the day after Purim), there would be officials ready to accept the contributions. Towards the end of the month, these officials were empowered to enforce collection, seizing assets as collateral for delinquent donors.[4] The money was placed in a special lishka (chamber) in the Mikdash, so that it could not be mingled with other funds.

Money would be withdrawn from the chamber at three points in the year: Rosh Chodesh Nissan, before Shavuot and before Sukkot.  This was done to ensure that funds from all donations were accessed, since money sent from further away may not have been included in earlier withdrawals. Any money remaining after the third withdrawal was considered “remainders,” and used for specific projects related to the Mikdash.   The money could not be used for next year’s public korbanot.

In the Torah, the shekel’s value is four dinars, so a half-shekel is worth two dinars. However, the Gemara uses the word “shekel” to refer to a coin of two-dinar value, and calls a four-dinar value coin a “sela.” Sela is actually the Aramaic translation of shekel. Ramban (Shemot 30:13) says:

At the end of his life, Ramban was forced to flee from Spain to Israel. He made several additions to his Torah commentary based on his experiences and findings.  One of them relates to the half-shekel: 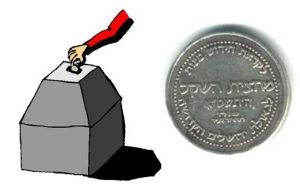 The Structure of the Masechta

Many commentaries question why a half-shekel, as opposed to an “entire” coin, was used for the census. Wouldn’t it be easier to count one coin for one person, as opposed to having to do math and multiply the total amount by two to find out how many people there are? One thought is that we don’t operate in a silo (especially meaningful this year!). We need each other to be complete. Without each other, we are only “half coins.” We have value, but we are still incomplete. Maybe that’s the message to us.  If we want to restore the Temple, which is financed by these half-shekels, then we need to realize that we are incomplete without each other.  As we proclaim כל דכפין ייתא ויאכל – let all who are in need come and eat – we give more weight to that which unites us than that which makes us different. We have different customs.  We have different philosophies. We have different lifestyles.  But – at the end of the day – we are only halves, looking to complete each other. May we merit SOON to visit the סוכת שלם – another name for the Mikdash – which to me evokes the idea of a nation being שלם complete  and בשלום at peace. 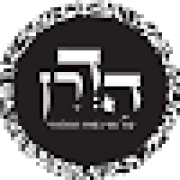