In honor of Jerusalem Day, and the fact that our daf repeatedly mentions the walled cities of the Land of Israel, let’s take a quick look at our capital city’s earliest Israelite walls. 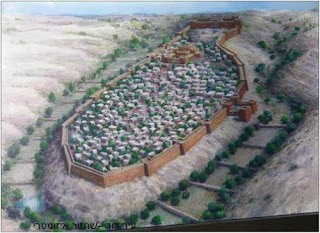 Historically, civilized man (or woman, perhaps) built walls. In order to delineate the home, fields, area of work, people created borders to show ownership. And in this part of the world, from Mesopotamia to Egypt, the development of walled settlements played a big role in geopolitics and ancient history. Small Jerusalem saw many a ruler over 4000 years. 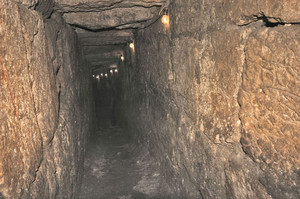 Most often their victory was through might of sword and a great breaching of the mighty walls, yet it was David in the tenth century BCE who conquered the Jebusite fortifications and made this the Jewish capital for eternity, by finding the way in through a small ‘tzinnor’, a pipe perhaps, or passageway at a point of weakness.

Later, the Assyrian rise to power in 705 BCE led to Judean King Hezekiah’s need to expand and strengthen the walls. The prophet chastised him:

ְאֶת-בָּתֵּי יְרוּשָׁלִַם, סְפַרְתֶּם; וַתִּתְצוּ, הַבָּתִּים, לְבַצֵּר, הַחוֹמָה. וּמִקְוָה עֲשִׂיתֶם, בֵּין הַחֹמֹתַיִם, לְמֵי, הַבְּרֵכָה הַיְשָׁנָה; וְלֹא הִבַּטְתֶּם אֶל-עֹשֶׂיהָ, וְיֹצְרָהּ מֵרָחוֹק לֹא רְאִיתֶם –  ישעיהו כ”ב, י-י”א
Yes, might wins out. But the ruler must protect his people, and their homes, with care and concern.
The Assyrians vanished (mysteriously?) into the night, and the Jewish nation prospered in Jerusalem for awhile longer. But the rebuke remained, and the kingdom did fall.
——-
In the later and post second-temple period, we receive a clear message from our rabbinical leadership, through their mishnayot: Good fences may make good neighbors, but we live together as klal yisrael, as a nation building a home together. Through the halachot of חצר, these private homes and joint yards can show us the way. 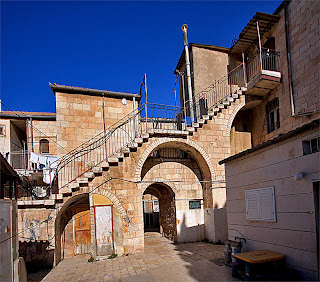