Of Time and the River

On Ketuvot daf 93a we have a reference to a sage from an area called the Pekod River, Rabbi Yaakov of Nehar Pekod. Rabbi Yaakov’s name appears occasionally, he was a sixth generation Babylonian amora. More interesting for us is the place he comes from, where is Pekod and what else happened there?

The name Pekod is derived from an Aramean tribe called the Pukudu who lived in southern Babylonia, at the lower point of the Tigris River. Like the ten tribes of Israel, they too were conquered and exiled by the Assyrian kings Tiglat Pileser III, Sargon II and Sennacherib in the eighth century BCE. Although they disappeared from the stage of history, they left their name for the canal near their home. The name Pekod was used by the prophets Ezekiel and Jeremiah as one of their nicknames for Babylonia. It is a fortuitous choice since it sounds like the Hebrew word פוקד, to remember and to judge:

“Advance against her.the land of Merathaim—
And against the inhabitants of Pekod;
Ruin and destroy after them to the last
—says the LORD—
Do just as I have commanded you.” (Jeremiah 50:21)

Rivers and canals were a major part of ancient Babylonia. Pekod, like the nearby Kebar, both mentioned in the book of Ezekiel, seem to have been canals that linked the mighty Tigris and Euphrates Rivers. Commerce and transportation were supported by these “highways” of rivers and canals. When the Jews were exiled to Babylonia, first in 597 BCE and then again in 586 BCE, they settled in the area where the Tigris and Euphrates approach each other and where there are a series of canals. 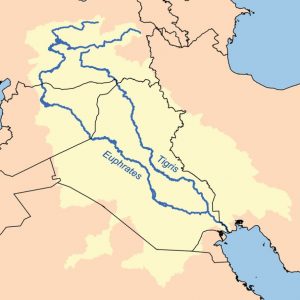 In a fascinating collection of inscriptions called the Al Yahudu tablets that came to light in the 1970s, we hear about the Jewish community along the canals and how some even made their living maintaining these canals. It gives another layer of meaning to the beautiful psalm 137: 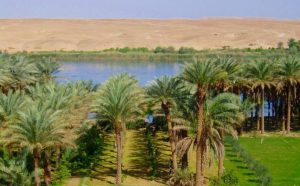 By the banks of the Euphrates (Wikipedia)

In post-Biblical times it seems that the Jewish community continued to live in Nehar Pekod, although we also begin to hear about new centers like Nezivin, Sura and Pumbedita. The Gemara occasionally mentions Nehar Pekod and it was a well-known place. In Ketubot 27b, in order to illustrate that a witness cannot testify to something that contradicts common knowledge, the Gemara brings the case of someone borrowing a donkey. The donkey owner gives specific instructions not to take the animal by Nehar Pekod, where there is water and it will drown. The borrower disobeys and the donkey drowns but the borrower claims that there was no water there! He has to pay since everyone knows that Nehar Pekod is a dangerous place to take a donkey.

The most famous person to come to Nehar Pekod in the Gemara is Hanania, the nephew of Rabbi Yehoshua. This Hanania, who is usually referred to in this manner and not as Rabbi or with his father’s name, was a third generation Tanna living in the land of Israel in the second century CE. His teacher was his more famous uncle, Rabbi Yehoshua who had studied under Rabban Yochanan ben Zakkai. Hanania survived the disaster of the Bar Kokhba Revolt but he did not see a future for Torah leadership in the land of Israel. He decamped to Babylonia and began to teach and gather students there. The Gemara in Sanhedrin 32b, listing the homes of various rabbis, puts Hanania (erroneously written in some texts as Rabbi Yehoshua) in “the exile,” Rashi interprets that as Pumbedita but we will see another source that indicates that it was Nehar Pekod.

If Hanania had only taught Torah in Babylonia, all would have been well. But despite his colleagues working to reestablish Torah in Israel (see https://hadran.org.il/author-post/survival-handbook/),  Hanania felt that there was a lack of leadership there and he took for himself the prerogative of intercalating the year (making a leap year). Determining the calendar has always been a touchy subject in the Jewish world. The rabbis of Israel zealously fought for the right to set leap years and saw it as a way of maintaining the prestige of the land of Israel. They also feared a religious schism, with some Jews following one calendar and some following another. So when the news arrived in the land of Israel that Hanania had taken the calendar into his own hands, a delegation was sent from Israel to rebuke him. The story is told in the Babylonian Talmud in Berachot 63b as well as in the Jerusalem Talmud Nedarim 6:8. Both versions of the story are harsh. The sages from Israel rebuke Hanania and he justifies himself by saying that there are no worthy leaders in Israel. They reply with the famous saying: “the kids who you left behind have grown into goats with horns;” (Berachot 63), meaning that there is now a mature leadership in the land of Israel and you must back down. 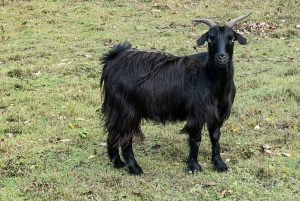 The Gemara in Berachot continues and relates that the rabbis of Israel tell Hanania’s community that if they do not leave Hanania they may as well build their own Temple in Babylonia and forsake the Jewish people. The version in the Yerushalmi is even stronger and here is where we get the reference to Nehar Pekod and learn that there is where Hanania established his base:

In other words, if you follow Hanania, forget about being part of the Jewish people and God’s eternal Torah. Israel is and must always be the center. These words had the desired effect and the Babylonian Jews, as well as Hanania, backed down.

The clash between Babylonia and the Land of Israel was far from over and would continue for many centuries. But this early snapshot from Nehar Pekod is a fascinating hint of what was to come.