It is relatively rare that the Mishna tells us a story (unlike the Gemara which loves stories) so when we have one it is well worth paying attention. The story of Yehoshua ben Gamla is brought to illustrate the law that a kohen can marry a widow and still become a kohen gadol, a high priest. That seems relatively straightforward until we get to the Gemara which provides more details:

Illicit marriage as well as bribery? This seems to fit the pattern of corrupt high priests that the end of the Second Temple epoch is known for. And yet, we have other stories about Yehoshua ben Gamla that seem to cast him in a rather different light. In another Mishna in Yoma he is portrayed as a philanthropist, donating the special lots for the Yom Kippur service to the Temple:

“And they arranged two goats there, and there was a lottery receptacle there, and in it were two lots. These were originally made of boxwood, and the High Priest Yehoshua ben Gamla fashioned them of gold, and the people would mention him favorably for what he did.” (Mishna Yoma 3:9)

That seems to fit with the fact that he was wealthy, from his wife, but not necessarily righteous. But then we have another story that portrays him even more positively:

“As Rav Yehuda says that Rav says: Truly, that man is remembered for the good, and his name is Yehoshua ben Gamla. If not for him the Torah would have been forgotten from the Jewish people. Initially, whoever had a father would have his father teach him Torah, and whoever did not have a father would not learn Torah. . . until Yehoshua ben Gamla came and instituted an ordinance that teachers of children should be established in each and every province and in each and every town, and they would bring the children in to learn at the age of six and at the age of seven.” (Bava Batra 21a)

Could the man to whom a universal education system is attributed really be a corrupt ignoramus? Tosafot clearly does not think so, he says that while the Gemara indicts Yehoshua ben Gamla for reaching his post through bribery, it is not because he was unworthy, rather there were those who were more worthy than him.

To add to our somewhat confounding portrait of Yehoshua ben Gamla, we can include Josephus’ testimony. In his epic The Jewish War, Josephus writes about two moderate priests, Chanan ben Chanan and Yehoshua, or Yeshu, ben Gamla. They try to stop the Zealots from their radical tactics and speak to the Idumeans who come to assist the Zealots, trying to dissuade them from adding fuel to the fire. For their pains, they are killed by the Zealots. 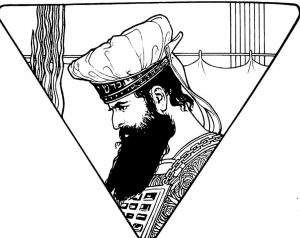 Josephus’ account, as well as the mention of Yehoshua’s wife, Marta bat Boethus, seem to place Yehoshua at the very end of the Second Temple period, as the Great Revolt is going on. Marta is a fascinating character in her own right. As we can tell from the story in our Mishna, she was wealthy. The rabbis elaborate on her wealth, even describing how carpets were laid out for her from her house to the Temple so that she could go see her husband perform the Temple service without getting her feet dirty. Her family was the famous Boethus family, unfortunately well known in the Gemara for their corruption and violence:

Buying the post of high priest for her husband therefore was not an unusual act in her world.

The Gemara’s description of her wealth and status only serve to underscore the horrors of what happens to her when the Great Revolt comes. She is a main character in the terrible stories of the destruction related in Gittin:

Marta falls from the highest heights to the lowest depths, a paradigm of the terrible misfortunes of the Jews and the Temple during the time of the destruction.

Josephus’ mention of Yehoshua plus our knowledge of Marta seem to place the story in our Mishna at the tail end of Second Temple times. Although the Gemara mentions King Yannai as the one who received the bribe and he lived about one hundred and fifty years before the destruction, most commentaries see this as a mistake and change it to King Agrippas, the last Jewish king before the Great Revolt. But not all commentaries agree. The great Rabbi Aaron Heyman, in his book of biographies of the Sages, disputes this claim. He argues that the amazing educational reform could not possibly have been carried out in those final chaotic years before the destruction. In addition, why would anyone care if the lots had been replaced in those last years? This seems to indicate that the Gemara should be taken at face value, and that Yehoshua and Marta lived in the earlier Hasmonean period of King Yannai. This was a calmer time, more conducive to reform and philanthropy. In addition, a different source ascribes educational reform to Shimon ben Shetach, a contemporary of Yannai, so that would fit as well. Perhaps Yehoshua and Shimon worked together.

And what of our tragic anti-heroine, Marta? Rabbi Heyman says that there were two, one in Yannai’s time who buys the position of high priest for her husband, and a second, perhaps a relative, at the time of the destruction.

In any case, Marta and Yehoshua, one of the early “power couples,” have much to teach us about both the merits and the faults of late Second Temple times. 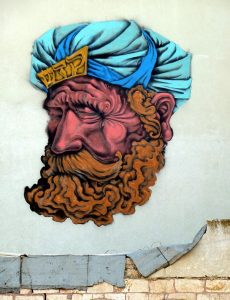