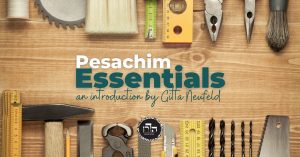 Click here for the full Introduction to Masechet Pesachim

Rambam lists over 20 mitzvot connected to Pesach (not including the laws of the musaf and shelamim offerings that were also brought, and the laws of aliya leregel):

Not to leave any meat from the korban Pesach over until morning—Shemot 12:10

The Torah prohibits chametz, but only in general terms.  It does not tell us what can become chametz, exactly what that means, or if the issur applies to things that won’t be eaten.  It also does not  specify how and when chametz must be removed from one’s possession, or how extensive the checking for chametz should be.

There are various ways to define these categories.  The Steinsaltz says:

It’s interesting to note that Professor Felix wrote an article saying that שיבולת-שועל was NOT oats (as it is called that in modern Hebrew), and Rav Shlomo Zalman Orbach began making a “Shehakol” on his morning oatmeal.  He stopped doing that when his father-in-law, Rav Elyashiv, complained that he was changing a centuries-old practice.[1]

For the science nerds:

There is also a positive mitzva of השחתה, eliminating the chametz, which goes into effect at midday on Erev Pesach, based on Shemot 12:15. Rambam and Rashi hold that “elimination” can be effected by nullifying the chametz in one’s possession (ביטול חמץ) – declaring it to be worthless to you.  Tosafot hold that one must actually remove the chametz, requiring actual destruction of any chametz.  If the chametz is destroyed, there is a dispute (21a) as to how to destroy it.

There is a Torah-based requirement to eat matzah on the first night of Pesach (in Chutz La’Aretz, there is a rabbinic requirement for the second night as well). Matzah must be made of the “five species,” and the dough may not ferment or rise.  The matzah for the mitzvah of eating matzah (the 1st/first 2 night[s]) must be made l’shem mitzva – for the specific purpose of the mitzvah – by being guarded against leavening (shimur l’shma).  There is no obligation to eat matzah on the other days of Pesach – but if you want to eat grain products, they cannot be chametz.

The Korban Pesach, while subject to the laws of all sacrifices, has additional restrictions and details.  All korbanot require: 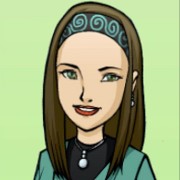