Shabbat : A Sanctuary Through Time

Our daf today ( Shabbat 123) discusses a situation where the halacha changed over time. At first many items were considered not allowed to be used or moved on Shabbat, מוקצה, and as time passed they were permitted, חזרו והתירו. The specific reason for the initial stringency is given by Rabbi Hanina who says that it was decreed in the days of Nehemia when the people did not observe Shabbat as they should.

This phrase got me thinking about how Shabbat observance has changed over time and in different groups. This is a deep and complex topic and I am hesitant to even offer my surface opinions on it but with the guidance of Professors Shmuel and Zeev Safrai in their introduction to the Shabbat volume of Mishnat Eretz Yisrael I will offer a few insights. 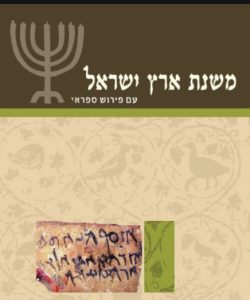 Even in today’s modern 24/7 world, Shabbat is one of the practices most associated with the Jewish people. In the ancient world, often one of the few things non-Jews knew about Jews was that they had this strange practice of not working, or even allowing their servants to work, one day a week. Shabbat was such a revolutionary concept in a world where poor people never got to rest.

But what did Shabbat look like in the time of the Bible? What did mitzvah observance look like at all? This is a fascinating question that is difficult to answer. If we look at the Prophets it seems like the Israelites rarely kept any laws at all. However, we have to take these words with a grain of salt. It is as if someone recorded a mother only in the moments she is telling her children how they misbehaved. Of course the Prophets are chiding people for their non observance, that is their job. Presumably there were also some people who did keep the mitzvot. Can archaeology tell us more? From digs at sites that are clearly Israelite, two salient facts emerge: they had idols in their houses (which does not mean they did not also worship God) and they did not eat pigs. Kashrut and idolatry, an interesting combination. 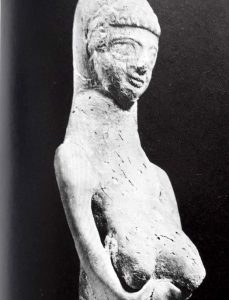 Shabbat observance is harder to find in archaeology, what would you look for? So here we turn to the words of the Prophets. It seems that Shabbat was a day when the people read the Torah and visited the local prophet or even went to the Temple: see the story of the Shunamite who goes to Elisha and her husband says, but why are you going, it isn’t Shabbat or Rosh Hodesh today ? (Kings II 4:23, see also Isaiah 1:13 and 66:23) There was a special song recited by the Levites in the Temple on Shabbat (Psalms 92). And people were told to speak differently on Shabbat than during the week, a topic the Gemara discussed a few pages ago. So Shabbat certainly had a different “flavor” than the rest of the week in Biblical times and it seems people used the day for rest, study and not work.

What about actual halacha? Amos the Prophet indicts the “religious” folk in the Shomron who seem to have been meticulous about their Shabbat observance, less so about their fair business practices.

Listen to this, you who devour the needy, annihilating the poor of the land, saying, “If only the new moon were over, so that we could sell grain; the Sabbath, so that we could offer wheat for sale, using an ephah that is too small, and a shekel that is too big, tilting a dishonest scale, (Amos 8:4-5)

These halakhic scruples seem to have ended in the time of Nehemia, the story on our daf. This is the period of Shivat Zion, the return to Zion, when the handful that return from Babylonia are steeped in less than righteous practices, among them intermarriage and commerce on Shabbat: 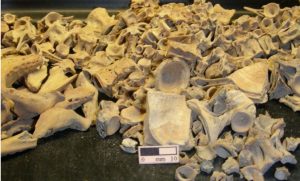 Fish bones found in City of David excavations (The Torah.com)

It is in the wake of this desecration that Rabbi Hanina says Nehemia instituted strict rules about what can be moved and touched on Shabbat. It seems to have worked, at least in the long run, because the Safrais bring many examples to show how by late Second Temple times we have careful observance and detailed discussions of Shabbat laws. They say that Shabbat laws are perhaps the oldest and most advanced areas of halacha.

And what about the people? What evidence from Second Temple times do we have about Shabbat observance? One interesting source is the New Testament. While it is clearly often a polemic against the rabbis and rabbinic observance, the stories can sometimes tell us the perspective of the people. We have two stories, told in variations in the Gospels, about how Jesus does something considered hillul Shabbat and some people are upset with him. One is healing (see my post on medicine) and one is sanctioning the behavior of people picking food in the fields and eating it  (see Mark 12, Safrai thinks they were not actually picking food, a Biblical prohibition, but picking it up from the ground where it had fallen by itself). Jesus admonishes those who are angry with him and it seems like he is rejecting the halacha. But perhaps this is just a case where the people follow one, more lax but still acceptable halakhic opinion and there are others who are more stringent? It is not clear that everyone, even the rabbis, agreed with all the interpretations of halacha.

Another interesting tension between the rabbis and the people is the story about the thermal baths at Tverya. The rabbis permitted using them but the people “cheated” and said that the water that they heated was the naturally heated waters. 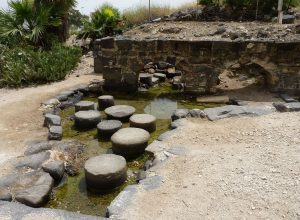 The dance between the rabbis, the people and the law still continues and the importance of Shabbat is still primary.