Imagine that your house is destroyed. You manage to rebuild, perhaps not as magnificently as your original home, but enough so that you can survive. But then disaster strikes again – will you have the strength to start over a second time?

This is the situation that the Jewish community and its leaders found themselves in in the years immediately following the Bar Kokhba Revolt, in the early second century CE. After the Temple was destroyed, Rabban Yohanan ben Zakkai and the rabbis of Yavneh re-configured Judaism for a Temple-less world. But barely sixty years later, the Jewish people were again devastated – physically and spiritually. This is where the story of Usha begins. Usha is where the rabbis gather to start over and the ordinances listed here on our daf (Ketubot 49-50) are a window into what they want to accomplish.

Usha is a city in the western Galilee, not far from Haifa of today. It was one of the stages of the journeys of the Sanhedrin, and it was the first one of these stages to be located in the north, in the Galilee: 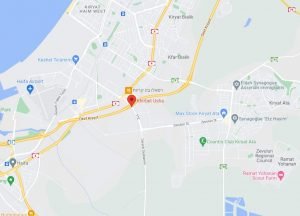 If Yavneh was the place that the rabbis went to reestablish Jewish life after the devastation of the Great Revolt, Usha is where they convened to deal with the consequences of a perhaps greater disaster: the Bar Kokhba Revolt. The aftermath of the horrific defeat of the Jews by the Romans in 135 CE saw a vacuum of leadership. Some of the greatest rabbis, among them Rabbi Akiva and Rabbi Yishmael, were killed by the Romans, and others had to flee and hide until the anti-Torah decrees were repealed. The Sanhedrin seems to have disbanded and according to the story about Rabbi Yehuda ben Bava (see here), there were almost no new rabbis who were ordained.

In this traumatic period, the survivors gathered to pick up the pieces and begin again. This gathering was done in Usha, far away from war-torn Judea, in a small town that wasn’t too interesting to the Romans. One of the leading rabbis of the town, Rabbi Judah bar Ilai, was known as a moderate who actually praised the material culture of the Romans, perhaps leading them to leave the scholars alone. This extraordinary gathering is recorded in the Midrash Rabba on Shir HaShirim:

“At the end of the persecution, our Rabbis assembled in Usha; they were: Rabbi Yehuda, Rabbi Neḥemya, Rabbi Meir, Rabbi Yosei, Rabbi Shimon ben Yoḥai, Rabbi Eliezer son of Rabbi Yosei HaGelili, and Rabbi Eliezer ben Yaakov. They sent to the elders of the Galilee and said: ‘Anyone who is learned, let him come and teach, and anyone who is not learned, let him come and study.’ They assembled, studied, and did everything that they needed to do. When the time arrived to take their leave, they said: ‘Are we to leave empty the place in which we were received? They accorded honor to Rabbi Yehuda, who was a resident of the city; not that he was greater than they were in Torah, but rather because a person’s place entitles him to honor. . .” (Shir HaShirim Rabba 2:5)

The man who would become the leader of the Sanhedrin in Usha, Rabban Shimon ben Gamliel, is not mentioned in this list; some suggest that he was still on the run from the Romans. However, he is repeatedly mentioned in connection with Usha and definitely had a strong impact on the decisions taken there.

What did the scholars at Usha want to accomplish? Rebuilding the world of Torah was a definite priority but they also had a physical world to deal with as well. The havoc wreaked by the Bar Kochba Revolt was not only spiritual. The war created great poverty as well, as did the heavy Roman taxes, probably increased both to punish the Jews and to provide for the many soldiers now posted to Judea. This poverty is alluded to in many places, not least of which is the dire situation that the rabbis themselves were in:

“It was said about Rabbi Yehuda, son of Rabbi Ilai, that six of his students would cover themselves with one garment, due to their poverty, and nevertheless they would engage in Torah study.” (Sanhedrin 20a) 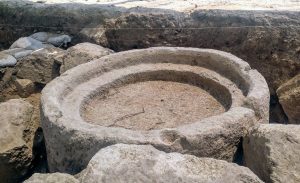 Some of the rules instituted in Usha and cited here in Ketubot are connected to a harsh economic reality: encouraging parents to feed their children and children to feed their parents, discouraging waste and profligacy, and making sure that students were educated properly:

“Rabbi Ile’a said that Reish Lakish said in the name of Rabbi Yehuda bar Ḥanina: In Usha the Sages instituted that a man should sustain his sons and daughters when they are minors

Rabbi Ile’a said that Reish Lakish said: In Usha the Sages instituted that in a case of one who writes a document stating that he is giving all his property as a gift to his sons in his lifetime, he and his wife are sustained from the property until their deaths.

Rabbi Ile’a said: In Usha the Sages instituted that one who dispenses his money to charity should not dispense more than one-fifth.

Rav Yitzḥak said: In Usha the Sages enacted that a person should treat his son gently, even if he does not want to study, until his son is twelve years old.” (Ketubot 49b-50a)

The sages who gathered in Usha worked to rebuild their shattered world. Do we have archaeological proof of their community? As part of a large project to create a trail to follow the stations of the Sanhedrin, excavations have been done at ancient Usha, today an abandoned Arab village named Husha, near the larger Arab town of Shfaram. These excavations clearly show that Usha was a Jewish town in Mishnaic and Talmudic times. The industrial area of the town has grape and olive presses, with mikvaot adjacent to them so that the wine and oil could be manufactured in purity. Many stone vessels, signs of a Jewish interest in purity, as well as clay vessels that were classically used by Jews, were found here. A large building that may have been the synagogue or study hall was also uncovered. And there is still more to be found. 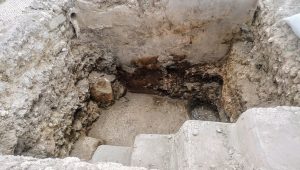 Whatever physical remains we uncover from Usha, the main impact of the town is in the spiritual legacy that the Usha generation left us – care for the people even in dire economic circumstances and continue to teach Torah however you can. 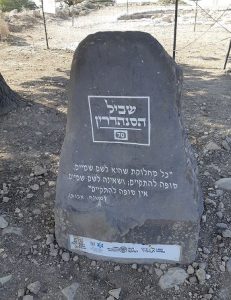