Mikvaot (ritual baths) are mentioned frequently in the Mishnah and Gemara. They appear on our daf (Nedarim 75) in the context of a proof for an argument. They are the classic sign for a Jewish settlement in Second Temple times and later (but not earlier, as we will see). What ancient mikvaot have been discovered in Israel and what can they teach us about practices of purity?

The Torah frequently mentions the need for an impure person (someone who came into contact with death in some form) to bathe in water, specifically “living waters,” מים חיים. The Rabbis took that to mean a spring or a mikvah that was filled with rainwater. Were mikvaot used in Biblical times? Despite what seems to be a clear Biblical injunction to immerse in water in order to purify oneself, so far archaeologists have not found mikvaot from earlier than Second Temple times. Did people in Biblical times not immerse? Or did they use a different form of mikvah that we have not discovered yet? Perhaps they just went down to the local spring, a perfectly acceptable way to become pure.

Whatever happened in First Temple times, by the 2nd century BCE mikvaot are found in many places in the Land of Israel. They are cut out of stone, with broad steps going down, and plaster inside. They can be distinguished from other water-holding devices by these features. Cisterns would not have broad steps and a shallow bottom, baths would have a deeper place to lie down and not need steps at all. Once you have seen one classic ancient mikvah, you know what all others will look like, the difference is only in size and depth. 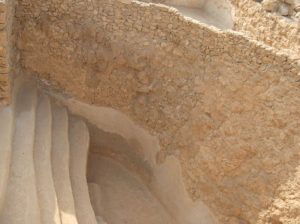 One of the mikvaot discovered at Masada (Wikipedia)

Mikvaot were ubiquitous in Second Temple times because purity became one of the cardinal religious ideas of the age and continued to be significant for centuries after the Temple was destroyed. Not only did you need to be pure to go to the Temple, you needed to be pure to eat or handle anything connected to the Temple (sacrifices, terumah and maser). “Purity became widespread in Israel” is how the Gemara in Shabbat (13a) puts it. This explains why going to the mikvah was not something associated only with married women, as it is today, but was practiced by men as well. The Essene sect elevated purity to such an extreme that according to Josephus they immersed in the mikvah every morning and there were mikvaot strewn throughout their property at Qumran. Priests had mikvaot in their homes so that they could easily immerse before eating from the sacrifices. 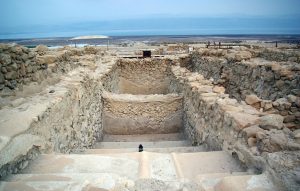 One of the mikvaot discovered at Qumran (Wikipedia)

Immersion in the mikvah developed in an interesting way in late Second Temple times. Going to the mikvah meant a change in personal status, from impure to pure. It allowed a Jew to do things he or she could not do before immersion: ascend to the Temple, eat from the sacrifices, have marital relations. It had little spiritual significance but was a technical act. The Essenes added a spiritual element to the technical immersion, seeing mikvah as a way to prepare for the day and a prelude to prayer. The early Christians took this process one step further. When John the Baptist baptized Jesus in the Jordan River, Jesus had a spiritual transformation and an epiphany. His purity was a spiritual and not a technical one. This is how many Christians see baptism today. 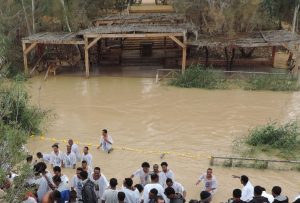 Christians baptize in the Jordan at Kasr al Yahud (Wikipedia)

Ancient mikvaot have been found in the basements of houses, near synagogues and even on the sides of roads. Mikvaot were also often placed beside agricultural installations like wine or olive presses so that the products could be made in purity. In recent excavations in the town of Usha, one of the homes of the Sanhedrin in the north near Haifa, a mikvah was found near a large industrial complex for preparing oil, proving that this was a Jewish town or part of town.

As mentioned, Qumran had multiple mikvaot, filled by the runoff from the flashfloods of the Judean desert. In Jerusalem, mikvaot were everywhere around the Temple Mount since all who came needed to immerse. Communal mikvaot, like the Bethesda pools north of the Temple Mount, were places for gathering, hearing the news and perhaps healing as well (see the story in John 5 in the New Testament). Were there separate mikvaot for men and women as there are today? So far we have not seen any sign of this but immersion for purity was a private event. The mikvah had a roof and an entrance and one immersed without clothes.

People immersed their dishes and utensils as well if they became impure. Were there special mikvaot for dishes? In the excavations at the Western Wall tunnels in Jerusalem, in a complex of many mikvaot for people who came on pilgrimage, there is a very shallow mikvah with broad steps all around it. There is a suggestion that small items were placed on the steps and the water washed over them, as is mentioned in the Mishnah in Mikvaot (7:7). 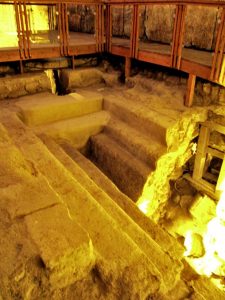 For the past millennium, mikvaot have been used primarily by married women after they finish their time of impurity caused by menstruation. They are also integral to the process of conversion, for men and women. Men sometimes go to the mikvah for other reasons but it is not an obligation today. However in recent years mikvah use has been expanding. Immersion can be used to mark transitional events, like menopause of a divorce, or as a form of healing after abuse. Mikvaot today are built to be beautiful and very clean, a far cry from their ancient antecedents. 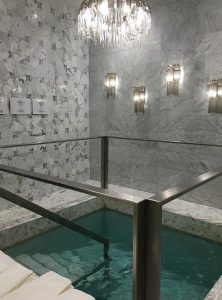 In the summer of 2020, an ancient mikvah was discovered in the course of building a new road in the north of Israel. This is a fairly common event and unless the mikvah had something extraordinary about it, there is no reason why the road would be moved (to the tune of millions of shekels) and the mikvah preserved. But in nearby Kibbutz Hanaton, a few people became very attached to the mikvah and wanted to save it. They ran a crowdfunding campaign and raised the money to move the mikvah to inside Hanaton, near the community mikvah. Hanaton is a kibbutz affiliated with the Conservative movement and their mikvah is used by all sorts of people for halachic and extra-halachic reasons. They felt that the ancient mikvah was a powerful and beautiful connection from the past to the present.