In the midst of the laws of mourning that make up the last chapter of Moed Katan, we are told some personal stories. As is the Gemara’s wont, they are usually brought to prove a halachic point but their human interest is still palpable. Such is the story we have about Rabbi Akiva’s sons:

“There was an incident and the sons of Rabbi Akiva died, and all of Israel entered to eulogize them with a great eulogy. When they were about to take leave, Rabbi Akiva stood on a large bench and said: Our brothers, the house of Israel, listen! Even had my two sons been bridegrooms, I would have been consoled on account of the honor you have shown them. If you came for the sake of Akiva, there are many Akivas in the marketplace. Rather, certainly this is what you said to yourselves: “The Torah of his God is in his heart” (Psalms 37:31), and you wished to show your respect for the Torah. All the more so is your reward doubled. Return now to your homes in peace.” (Moed Katan 21b)

The story appears, longer and more detailed,  in one of the minor tractates, known as Masechet Semachot. The name means the happiness tractate but it is a euphemism for a book that deals with mourning and death. In this version, Rabbi Akiva loses one son, not two, and we know his name, Shimon. We also hear about the prelude to the story, where Rabbi Akiva refuses to stop teaching even as his son is dying:

The speech Rabbi Akiva gave to the people in Semachot is even more powerful than the one in Moed Katan. He emphasizes the mitzva that they did in coming to console him. He refuses to say that it is because of his fame or piety, but rather because of their interest in keeping a mitzva.

In this account, Rabbi Akiva is portrayed as super human, almost inhuman. He will only give himself over to grieve for his son when there is no choice. Meanwhile he continues to teach Torah. Shmuel Faust in an article in Daat compares this moment to the incredible story in Berachot of Rabbi Akiva’s own death. There too, he continues to teach his students, up until the very last moment. There he recites Shema Yisrael and here he tells the people אחינו ישראל שמעו, listen Israel. 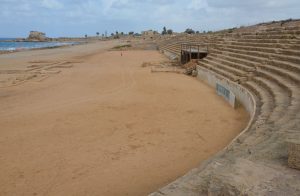 But lest you think that Rabbi Akiva has no heart, the story continues and tells us how he can remain so composed:

“Not that a man desires to bury his children, but I know that my son is destined for the World to Come because he caused the many to be righteous,”

Here Rabbi Akiva shows us his two greatest qualities: he is a teacher par excellence and he is the eternal optimist, always taking the long view and knowing that while there is pain here on earth, his son is receiving his reward in the next world.

This is one of the few stories that we have about Rabbi Akiva’s children. Although we know a great deal about his life, we only have hints about his family. His saintly wife, Rachel, who gave up everything to support the poor shepherd in his learning is the stuff of legend, but what about their children? Can we piece together more information about them?

We have one, probably late, story of Akiva’s interaction with his young child. Avot deRabbi Natan relates that when he decided to begin studying, he and his son went to a teacher and began to learn the letters together, each one holding one side of the tablet. It is a very sweet story, showing both parental devotion and also a willingness to study at all costs and not be embarrassed. Was that young son Shimon?

We hear about Shimon a different time, on a very different occasion, his wedding. Here Rabbi Akiva opened barrel after barrel of wine and drank to the life of the Sages (Shabbat 67b)

A different son, Yehoshua, is mentioned in a few places. Rabbi Akiva gives him fatherly advice (Pesachim 112a) but we do not hear much about him. Perhaps he was named for Akiva’s great teacher, Rabbi Yehoshua ben Hananiah?

Perhaps the most interesting stories are about his daughter, or maybe two different daughters. After relating the story of Rachel’s devotion to Akiva’s learning, the Gemara in Ketubot adds that their daughter did a similar thing. She married Akiva’s student, Shimon Ben Azzai, so that the latter could continue to study. The Gemara even adds a nice play on words: רחילא בתר רחילא אזלא, the ewe follows the ewe. But of course the original “ewe” is herself named “ewe,” Rachel!

Could this story have happened? Other sources say Ben Azzai never married. Tosefot solves the issue by saying that they were engaged but not married or perhaps married and divorced. Not the same love story as Akiva and Rachel, even if the intentions were similar.

Another story is also about a wedding, but in this one the daughter (or a different daughter) has a more starring role. Astrologers predicted that she will die on her wedding day. On the day of the wedding, the nameless daughter stuck a pin in the wall. The next day she discovered that the pin stabbed a venomous snake to death, thereby saving her life. Her father, hearing of this, wondered why she was saved.

“Her father Rabbi Akiva said to her: What did you do? She told him: In the evening a poor person came and knocked on the door, and everyone was preoccupied with the feast and nobody heard him. I stood and took the portion that you had given me and gave it to him. Rabbi Akiva said to her: You performed a mitzva, Rabbi Akiva went out and taught based on this incident that even though it is written: “And charity will save from death” (Proverbs 10:2), it does not mean that it will save a person only from an unusual death, but even from death itself.” (Shabbat 156b)

The daughter’s actions saved her from the fate predicted for her. Although Rabbi Akiva was a firm believer that “everything is for the best” he did not preclude taking action to improve one’s fate and his daughter learned that lesson from him. 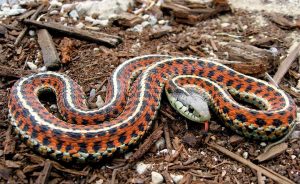 What can we gather from these scattered stories? Were these all of Akiva and Rachel’s children or were there more? And why doesn’t Akiva leave behind a dynasty? He does, only they are his students: Rabbi Meir, Rabbi Shimon bar Yohai and others – and not his children. While his children have some memorable moments in the Gemara, ultimately Akiva’s students are his spiritual children. And aren’t we all Bnei Akiva, the sons (and daughters) of (the Torah of) Akiva? 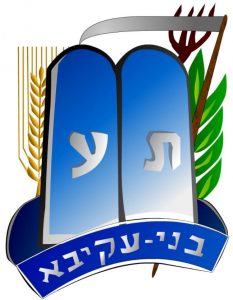