I have always been fascinated by the Avodah section of the Yom Kippur service. I try to imagine what it was like during the Temple period when the climax of the holiest day of the year depended on the fate of two identical goats distinguished only by the draw of a lot. Over the past couple of pages in our masechet, I have been struck by two pieces of discussion around the ritual lottery. First, the question raised about whether the lottery itself was really necessary and second, the focus on the “right” goat – the goat to be sacrificed to God, falling in the “right” hand of the priest. I believe these two discussions are connected.

When the Avodah is described in the Torah, it is very clear that Aharon casts lots on the two goats. The Mishnah specifically tells us that the Kohen must put the lots into the small receptacle box so that he does not accidentally choose the fate of the goat, but rather, the fate is determined through chance, or through the Divine hand. Despite this, the Gemara brings several braitot to suggest that the lottery itself is unnecessary. If the Kohen Gadol simply designated the goats himself, it would be valid. It doesn’t seem to make sense that a lottery that is described in such detail would be dispensable.

A lot of emphasis is placed on the hand that chooses the goat for God. The right hand is considered the stronger hand—especially in Temple ritual. If the lot for God turned up in the Kohen Gadol’s left hand, this would be a bad omen. We are told that during the forty years that Shimon HaTzaddik was the Kohen Gadol, the lot for God came up in his right hand each and every time. Only after his death did the odds return to their more natural 50-50 split. The Gemara also makes another suggestion to avoid this problem altogether. Both the Kohen Gadol and the deputy priest would each use their right hand when drawing a lot. That would ensure that the lot for God always falls in a right hand. What are the rabbis suggesting? Are they trying to beat the odds of something intended to be left to chance?

I suggest that what we are seeing here is the true sense of awe, gravity and fear of Yom Kippur. The rabbis are wrestling with what is within our control and what is outside of our control. Is it possible for the priest to peek inside the receptacle box in order to choose the fate of the people? Will it bring us good luck if the lot for God falls in the right hand? Can we rig the system to make sure that it does? The answer is yes and no. Of course, the priest could just assign one of the goats to be the one for God without drawing a lot. He could also make sure that the lot is picked up by his right hand, but these manipulations would not alter the fate of the priest, his family, his fellow priests, or of the people. The entire ritual of the two goats creates a visual representation of the randomness of life. Two absolutely identical goats meet two radically different fates determined by a lottery. So it is for each and every one of us on Yom Kippur. As we sit in shul on our Day of Atonement, we too wonder what is in our power to do to ensure a good fate for ourselves and our family, even as we understand how much is left to chance. 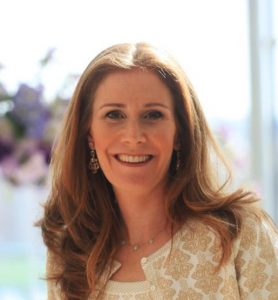 Erica Schwartz received her BA from Harvard College and spent several years as a writer and editor at the Wall Street Journal and five years writing the “Back of the Book” column for the Jewish Week. Erica currently writes a blog called “Six in the City” and is at work on her first novel. Erica serves on the board of Ramaz and Yeshivat Maharat. She lives in New York City with her husband Rob and their six children.

Daf Thoughts are personal reflections from women learning Daf Yomi. This space provides the opportunity for learners to share their insights about a particular debate, individual or idea that spoke to them personally over the course of their learning.
More Content from this Author