The Layers of Kimchit by Yafit Fishbach-Rosen

At the beginning of chapter five of tractate Yoma, the Gemara tells a string of stories about the Kohen Gadol, R’ Yishmael ben Kimchit. On one Yom Kippur night, according to the Gemara, he became impure after conversing with a gentile in the street, and his brother had to take his place as Kohen Gadol. The text mentions that Kimchit, R’ Yishmael’s mother, merited to “see two of her sons serve as high priests on the same day!”

Initially, this sounds like a positive outcome for her. Subsequently, we learn that  Kimchit actually had seven sons, and all of them served in the position of high priest at one point. That sounds even better for her! The sages asked her, “what did you do to merit this honor?” to which she replied, “The walls of my house never saw my hair”.

The tone of the Gemara makes us believe that having many sons serve as high priests is very honorable. Kimchit’s response to the sages also indicates that she believes strict hair covering is a meritorious act. In the conclusion of the story, however, the sages respond to Kimchit that many women are meticulous about hair covering, yet don’t merit sons who are high priests, so she must have been granted this honor for a different reason.

The Kimchit story is mobilized (and Kimchit is idealized) by traditional commentators in different ways. Rashi comments on the story, quoting its parallel from the Jerusalem Talmud, associating Kimchit with a royal princess from Psalms wearing a golden embroidered dress. It seems to be drawing a connection to the golden garments of the Kohen Gadol, thereby proposing that her modesty is in fact tied to her sons’ good fortune. Halachists use the story to reinforce the notion that a woman’s hair ought to be covered all the time.  Others focus on the virtues of Kimchit’s modesty.  For example, Rabbi Eli Raskin notes that Kimchit was a completely unassuming person in every aspect of her life, including in her mode of dress. Her modesty was so inborn that she didn’t even recognize her virtue. In her own humility, the only merit she could point out about herself was the manner in which she covered her hair.

My reading of the story is a little more complicated, especially if one focuses on the end of the story. It may seem like good fortune to have all seven of your sons serve as high priests. Upon further reflection, and taking into consideration the context of the story, it seems that Kimchit’s sons may have failed at serving meticulously in the Temple – thus they had to be removed from their position. Other high priests, like Shimon HaTzadik for example, served in the position for 40 years! In addition, the fact that the rabbis noted to her that she was not unique in covering her hair highlights that the rabbis were not completely convinced in her response to them. My reading suggests a more nuanced understanding of rabbinical narratives, and highlights that often, characters who at first appear to be idyllic may themselves be more layered. 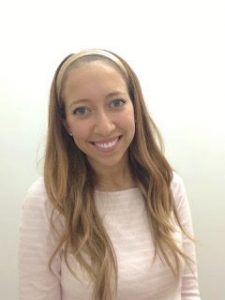 Yafit Fishbach-Rosen is a native New Yorker currently living in Memphis, TN with her husband and her dog. As a high school English teacher, and daf yomi learner, she clearly has a passion for text-based learning.

Daf Thoughts are personal reflections from women learning Daf Yomi. This space provides the opportunity for learners to share their insights about a particular debate, individual or idea that spoke to them personally over the course of their learning.
More Content from this Author