The Staff of Life

Eruvin 81 talks about what food you can use to make an eiruv. In essence, all food is acceptable but Rabbi Yehoshua emphasizes bread, and especially a whole loaf of bread as the best option. Later the Gemara asks which kind of bread is good to use. Millet דוחן bread is not acceptable, rice bread is. Then we have a conversation about bread made from lentils as well as the bread Ezekiel the prophet was commanded to make and eat, from small amounts of different grains. How can we define bread and why are some breads more important than others? 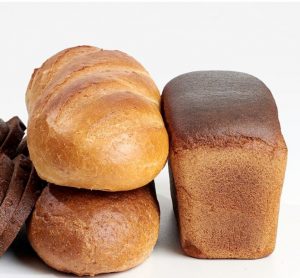 Bread can technically be made out of all kinds of flour but only five grains are considered acceptable for the obligation of matza and for taking challah: חיטה, שעורה, שיפון, שיבולת שועל, כוסמין. I wrote those in Hebrew because the identifications of some are controversial. Everyone agrees on the first two, wheat and barley. Shifon is usually translated as rye, a form of wheat, kusmin and shibolet shual are the confusing ones. Most scholars agree that kusmin is emmer wheat, an ancient kind of wheat, grown widely in our area, some say that shibolet shual is oats. 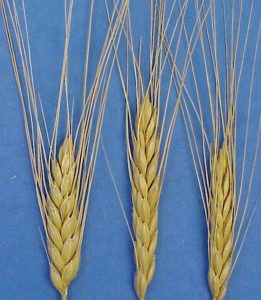 What these grains have in common is lots of gluten which makes them rise (although wheat has the most and therefore according to the Gemara makes the best bread). Anything that does not rise ironically cannot be used for matza, or as the Gemara puts it:

The fact that millet and lentils do not rise seems to be the problem in Eruvin as well. They do not make a good loaf of bread and so they cannot be used as shared food because no one wants them. The same goes for Ezekiel’s bread, particularly in the final stages of its preparation.

There is a hierarchy in bread, at least in halacha. Wheat, and especially semolina, סולת, the finest ground flour, are the highest form of flour and are what are used for most sacrifices and for most food. Below that is barley bread. Barley is a crop that can grow in harsher conditions but it has less gluten and makes a coarse and less leavened bread. For that reason it is considered animal food and usually not acceptable for the alimony a man has to pay his wife from her ketubah. Rice, oats, emmer and the rest, including millet, a grain that can also grow in drought conditions, are lower down the totem pole still. 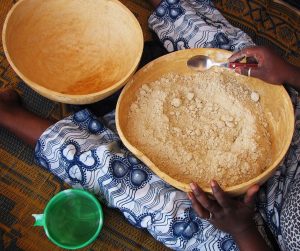 There is an additional problem with Ezekiel’s bread besides whether it is edible. In chapter four of the book of Ezekiel the prophet is commanded to make a bread of six kinds of substances: wheat, barley, beans, lentils, millet and emmer wheat (kusmin). He needs to bake it on human excrement and eat only small amounts at a time. All these factors are meant to show symbolically that Jerusalem is in a state of desperate famine where they have to use anything at hand, even the tiny scraps of grain that are left. It reminds us of the siege of Jerusalem in 1948 where the flour factories were swept and the flour from the floor reused at the direst moments of the siege. A bread like that, which is a symbol of distress, would not be an appropriate choice for a shared eiruv, which symbolizes fellowship and community.

What is the symbolism behind bread, lechem in Hebrew? It is clearly the most important part of the meal, a food that merits it’s own blessing before and after and whose blessing exempts other foods. Throughout the Bible, bread’s high status is clear. Psalms tells us that bread will sustain one’s heartלחם לבב אנוש יסעד  and when someone does not eat, like King Ahab, the Bible tells us that he does not have bread. Bread is a stand in for the word food, as when God tells Adam that with his sweat he will eat bread. Bread’s importance means that many mitzvot are connected to it, from the prohibition to cover the oxen’s mouths while they are threshing to the requirement to take halla and give it to the priests. Bread can even mean a way of life, as when the worthy wife in Eishet Hayil is praised for not eating לחם עצלות, the bread of idleness. A beautiful idea about bread is that it is specifically human food and not animal food. Bread is taking a natural product and elevating it to a higher form, something that humanity is commanded to do,  to improve the world that God gave us.

Bread has an important social context: when you “break bread” with someone or allow them to eat bread at your table, that is a sign of fellowship. The converse is also true. Joseph eats separately from his brothers because the Egyptians will not eat bread with the Hebrews, they saw it as an abomination. Perhaps this element of bread is the most important to us in our Eruvin story. Bread signifies connection and that is what the eiruv is doing.

Ironically, in today’s health conscious world gluten is out and all sorts of alternative “breads” are in. You can even buy Ezekiel bread (presumably made without the prophet’s baking instructions) and it is touted as the healthiest bread. But the Gemara will not be fooled by trends, stick to that nice high gluten wheat bread for your eiruv! 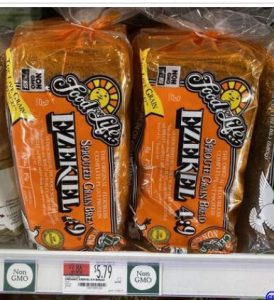