Oh no, you think, we’ve broken the streak. We finished Pesachim in time for Pesach and Yoma and Sukkah came in timely fashion as well, Then we studied Betzah, with its Yom Tov issues, just in time for an endless month of Yom Tov. But now the next tractate is Rosh HaShanah and we finished with that holiday last month. Oh well, it was nice while it lasted.

But that is where you would be wrong. While part two of Rosh HaShanah does indeed talk about the eponymous holiday, the first two chapters are about something that is timely all year – Rosh Chodesh and the calendar. We learn about how the witnesses arrived to testify about seeing the new moon and how the month was proclaimed throughout the land of Israel and the Diaspora. And while we now have a fixed calendar, with no need for eyewitness moon sightings, there is still much to be gleaned from this tractate to our lives today.

The Jewish calendar is a fascinating mix of lunar months with a solar correction. While the lunar calendar holds a great deal of intuitive logic – it makes sense to follow the waxing and waning moon to divide up time – a wholly lunar year cannot work with Jewish law. Because twelve lunar months only add up to 354 days, and a solar year is eleven days longer, very soon the seasons and the months will not match. One only has to look at the Muslim calendar, where Ramadan can fall out in summer, winter, spring or fall, to see how this happens. But so what you say, why do the months have to match the seasons? Because the Torah commands us to celebrate Passover in the Aviv, i.e., when the barley is ripe, in the springtime:

In general, the seasons and the holidays are meant to be matched up. Passover is at the beginning of the barley season and that is when we cut the omer which comes from the barley harvest. Shavuot is when the wheat is ripe and we bring a sacrifice of loaves of bread. Sukkot is the harvest holiday, חג האסיף, when we give thanks for the bounty God gave us. The natural cycle of the land of Israel is integrally tied to the holidays. If we allowed the lunar calendar to have its way, we would soon have Passover in the summer and Sukkot in the winter and we would not be connected to the land. 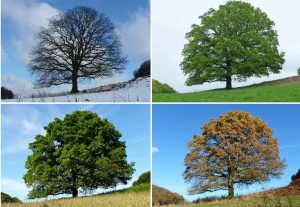 Since the calendar is mainly based on the phases of the moon, the new month is declared only when the new moon has been sighted. In order to do this, witnesses have to come to the court in Jerusalem and be interviewed. Only once the court is satisfied that they indeed saw the moon is the month proclaimed. This process shows one of the most fascinating things about the Jewish calendar:  it is handed over to humans to determine. While Shabbat is divinely ordained, Rosh Chodesh, and thereby the holidays, are in the hands of man, specifically the rabbinical court. There is no such thing as a “wrong” decision; the day that the Bet Din (court) determines as the beginning of the month must be accepted by all. We will see more on that when we get to the famous story of Rabbi Yehoshua and Rabban Gamliel (Mishnah Rosh HaShanah 2: 9)

Now that we understand a little about the new month, let’s go back to the beginning of the Mishnah. Our tractate begins by telling that there is not one but four new years. This is somewhat jarring to us as we were pretty sure that there is one start to the year. However, each new year cited here is for a different purpose: taxes, kings’ reigns and holidays. But isn’t Rosh HaShanah the real new year? In fact, that is not at all clear. The Torah itself seems to tell us that Nisan, when we left Egypt, is the beginning of the year, and not Tishrei.  Nachmanides in his commentary to Shemot 12 tells us that when the Torah says this month is the first month of the year for you, it is actually a commandment – post Exodus, we need to begin our year from Nisan, and that is month one. But Tishrei still retains importance as the beginning of the natural world, hence the debate in the midrash about when the world was created, in Nisan or Tishrei. Tishrei begins the world’s journey, Nisan begins our journey as a nation.

The calendar has great importance in Judaism, as in any religion. One of the most decisive steps that a breakaway sect can take is to create a different calendar. In this way, a holiday can become a divider instead of a unifier. This was what the sects of Second Temple times did. The Sadducees insisted that the Omer had to be cut on the first Sunday after Passover begins, the Pharisees said it had to the day after Passover, regardless what day of the week it was. This inevitably meant that Shavuot felt out on different days for the different groups. The people of the Dead Sea Scrolls, went a step further – they had a completely different calendar, a solar one with 364 days, ensuring that they and the rest of Jewry did not keep the holidays on the same days. 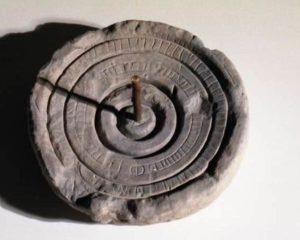 Today the Karaites and the Samaritans, other breakaway sects, also have their own calendars. Although they follow the basic lunisolar framework, they add in leap years differently than the Jewish calendar does. The Karaites base their leap year on observation – if the barley has not ripened by late Adar, they add another Adar to the calendar. The Samaritans have a similar setup to the Jews – seven leap years in a nineteen year cycle – but the years they choose as leap years are not necessarily the same ones! Therefore it can easily happen that Passover and Samaritan and/or Karaite Passover can fall out a month apart. 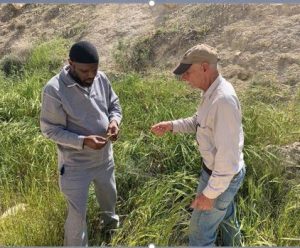 The calendar can unite the whole Jewish world. It is one of our strengths that no matter how one celebrates, Jews from Brooklyn to Beijing are keeping Rosh HaShanah and Passover on the same day. Sort of like everyone learning the same page of daf yomi at the same time.