Torah is the Best Merchandise

Let’s take a break from building and architecture for a bit and have a look at this fascinating statement of Resh Lakish. The symbiotic but often conflicted relationship between the Torah centers of Babylonia and the Land of Israel lasted for centuries. From the moment that a community was established in Babylonia with the first exile of the elite in late First Temple times (597 BCE), each community asserted its primacy. At some points it was easy to see who was on top – at the beginning of the Return to Zion, the Babylonian community was stronger and Ezra and Nehemia needed to come and rebuild the Eretz Yisrael community. Later, in Second Temple times and afterwards, Torah resided almost exclusively in the Land of Israel. With the economic and political decline in the Israel Jewish community’s fortunes in later Roman and then Byzantine times, Babyloinia became the main Torah center, although Israel always asserted its importance. Throughout the time periods of the Tannaim and Amoraim, there was lively traffic and correspondence between the two centers, with students and teachers visiting and going to study for a few years in the other country. 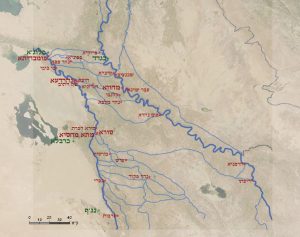 Who is Rabbi Hiyya and how does he fit into this story? Rabbi Hiyya, a Babylonian from the town of Kafri, perhaps the area where the original exiles settled, came to the land of Israel with his nephew Rav to study with the greatest Tanna of all, Rabbi Judah the Prince, AKA Rebbe. This was in the late second – early third century CE. He settled in Tiberias, not far from Rebbe’s home in Zippori, and earned his living as a flax merchant. He relates that at some point in this journey he was a regular in Rebbe’s house, eating at his table (Eruvin 73). Rabbi Hiyya was more a contemporary of Rebbe than a student, what is sometimes called a talmid haver. While Rebbe was compiling his standardized version of the Mishnah. Rabbi Hiyya and others, including Rabbi Oshiya his student, also had versions of halachot, their own compendia of beraitot. A fascinating phrase repeated a few times in the Gemara is about the “hidden scroll,” the מגילת סתרים of Rabbi Hiyya. Here were found various unknown laws. Rashi explains that the scroll was hidden because halachot were not meant to be written down but recalled orally. Since these were minority opinions there was a fear that they would be forgotten and so Rabbi Hiyya wrote them down and hid the scroll.

Rabbi Hiyya was admired by Rebbe but clashed with him as well. One of the praises Rebbe gives Rabbi Hiyya is he applies a verse from Isaiah to him: “the man of My counsel from a far country” (Isaiah 46:11, Menachot 88). However, he also disagreed with him, both in terms of practical halacha and in philosophy.

What was their main philosophical clash? Each understood the importance of passing Torah knowledge on to the next generation but they chose to do it in different ways. Rebbe compiled a standard learning text and had a group of elite students.  Rabbi Hiyya believed in passing on Torah to as many people as possible. There is a wonderful story about him, related in two different places in the Gemara.

“Rabbi Ḥiyya said to Rabbi Ḥanina: I am working to ensure that the Torah will not be forgotten from the Jewish people. For I bring flax and I plant it, and I then weave nets from the flax fibers. I then go out and trap deer, and I feed the meat to orphans, and I form scrolls from the skins of the deer. And I go to a town that has no teachers of children in it and I write the five books of the Torah for five children. And I teach the six orders of the Mishna to six children. To each and every one of these children I say: Teach your order to your friends.” (Ketubot 103b) 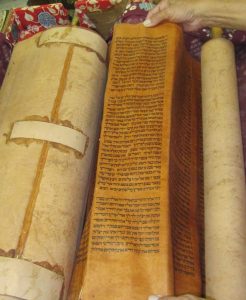 This labor intensive activity was not given over to others but done by Rabbi Hiyya himself. He understood that Torah knowledge could be forgotten, the times were precarious and life was hard. This is why he saw the importance in sending scholars like Rav to Babylonia to establish Torah centers there. Rebbe, who believed in the primacy of the Land of Israel, was more reluctant to send scholars to teach and judge abroad. He and Rabbi Hiyya also disagreed on the propriety of teaching Torah in the market, outside the study hall. Rabbi Hiyya explicitly defied Rebbe’s rule and taught his nephews outside (Moed Katan 16b). Rebbe was angered with him but this did not deter Rabbi Hiyya.

The Gemara heaps praise on Rabbi Hiyya and sees him as a true exemplar. However, it is still unclear why he is considered as bringing Torah to the Land of Israel since it seems he arrived there in order to study and then he brought Torah back to Babylonia! Torah was hardly forgotten in the land of Israel at this time. The commentator Ritva (13th century Spain) explains that it is because of the actions of Rabbi Hiyya to promote Torah learning and ensure that the Torah will not be forgotten. For this he is recalled with praise as someone who “reestablished” the Torah. And indeed, his nephew Rav returns to Babylonia and founds the great yeshiva of Sura, the home of Torah in that country for centuries. 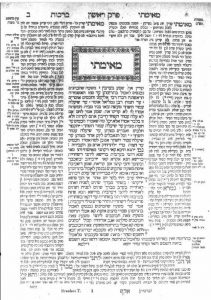 Rebbe too appreciated the contributions of Rabbi Hiyya. On his deathbed he did not appoint Rabbi Hiyya to head the yeshiva but rather a different, presumably lesser student, Rabbi Hanina bar Hama. The Gemara asks the obvious question, but Rabbi Hiyya was there!? After attempting various answers they settle on the conclusion that Rebbe understood that Rabbi Hiyya had more important things to do, he needed to teach the next generation and should not be bothered with the administration and politics of a yeshiva:

“Rabbi Ḥiyya was occupied with the performance of mitzvot and Rabbi Yehuda HaNasi thought: I will not hold him back” (Ketubot 103b)