In discussing the status of various women, the Mishnah and Gemara on Ketubot 36 bring up the subject of captive women. The terrible tragedy of women (and men) who were captured and raped has another side to it: the beautiful Jewish institution of pidyon shevuyim, the redeeming of captives.

There are a number of stories in Tanakh about people being taken captive and the lengths to which our ancestors went to free them. Abraham’s nephew Lot is captured in the crossfire between the battle of the kings near Sodom and Abraham takes his men and chases the captors to the far north in order to free Lot:

“When Abram heard that his kinsman’s [household] had been taken captive, he mustered his retainers born into his household, numbering three hundred and eighteen, and went in pursuit as far as Dan.” (Bereshit 14:14)

When the Israelites are in the desert the king of Arad takes some captive and they pursue him to free them. Many years later, David goes after the Amalekites to free the members of his camp who were captured in Ziklag. The description of how distraught the men are over their families  is very powerful:

“When David and his men came to the town and found it burned down, and their wives and sons and daughters taken captive, David and the troops with him broke into tears, until they had no strength left for weeping.” (Samuel I 30:3-4) 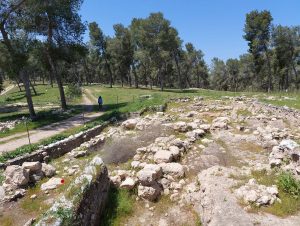 Possible site of Ziklag, at Hirbet a Rai (Wikipedia)

Although the Torah does not specifically command ransoming captives, the ideal is evident in laws connected to slavery and debt. God does not want captives and slaves but rather free people who can follow His commandments. A creative approach suggests that the Exodus from Egypt was one giant freeing of captives.

In this same spirit, the rabbis and later halachists exalt ransoming captives to an incredible degree. The Gemara in Bava Batra (8b) describes it as a mitzvah rabba, a great mitzvah. A woman’s ketubah contains the provision that if she is taken captive, her husband must ransom her (and even if this is not written, he still must do it).  Maimonides goes even further:

In the time of the Mishnah and Gemara we hear about Jewish communities and individuals ransoming captives. Scholars think that the Jewish community in Rome grew after both the Great Revolt and the Bar Kokhba Revolt because many Jews were brought as captives from Judea and sold as slaves. The local Jewish community redeemed as many people as they could and the erstwhile captives became members of the Roman Jewish kehila. 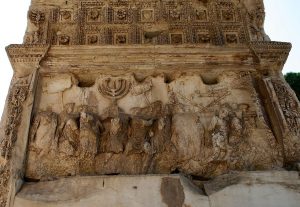 The Arch of Titus in Rome (Wikipedia)

We also hear of individuals ransoming Jewish captives. A story about Rabbi Yehoshua ben Hanania in Rome has him redeeming a beautiful and learned Jewish child. The Gemara tells us that this captive grew to become the great scholar Rabbi Yishmael:

“Rabbi Yehoshua said: I am certain that, , this child will issue halakhic rulings in Israel.: I take an oath by the Temple service that I will not move from here until I ransom him for whatever sum of money they set for him. They said that he did not move from there until he ransomed him for a great sum of money, and not even a few days had passed when this child then issued halakhic rulings in Israel. And who was this child? This was Rabbi Yishmael ben Elisha.” (Gittin 58a)

As much as our sources emphasize the importance of redeeming captives, there are certain caveats. There was a very legitimate fear of encouraging the taking of captives, by being willing to pay any ransom. Because of that, the Mishnah (Gittin 4:6) states that one cannot pay more than the monetary value of a person. Of course, how that value is determined is a difficult question. Another rule was meant to deter people from selling themselves when they were in difficult financial situations, under the assumption that the community would redeem them:

“Mishnah: With regard to one who sells himself and his children as slaves to Gentiles, he is not redeemed. . . if he sold himself once, one buys him back but if he sold himself as a gladiator, one does not buy him back. There was a case of one who sold himself to the games; the case came before Rebbi Abbahu, who said, what can we do? He did it for his livelihood (Yerushalmi Gittin 4:9)

Rabbi Abbahu, living in the Roman Judean reality, understood that it may have been impossible at times to make a living and the only reason a Jew would become a gladiator was to be able to feed his family. He was willing to exercise leniency in that case.

Ransoming captives continued to be a significant issue in medieval times, and there were places and situations where non-Jews used this rule to their own advantage, knowing that Jews had a “soft spot” for captives. They knew that Jews were so crazy that they would even pay good money to redeem inanimate objects like Torah scrolls and books. The famous Aleppo Codex was captured during the Crusades and redeemed by the Jewish community of Egypt. 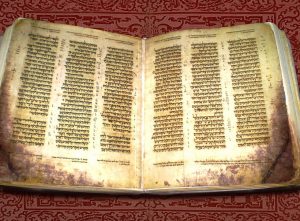 In modern times our desire to redeem captives and save Jews from their enemies has taken a difficult turn. Israeli soldiers know that being held captive by the enemy can sometimes be a fate worse than death but they also know that the State of Israel will do anything possible to redeem them. Unfortunately, our enemies know that too and this has led to what some consider terrible trades, freeing many captured terrorists to save one or a few Jewish soldiers. The conflict in this situation is heartbreaking – the need of the individual and his family weighed against the possible security threats to the rest of the community. In the words of the ancient prayer for the freedom of redeem captives:

“our brothers,the whole house of Israel, who are given over to trouble or captivity. . .May the All-present have mercy upon them, and bring them forth from trouble to enlargement, from darkness to light, and from subjection to redemption,”