May a woman perform mitzvot voluntarily?

The test case is semicha, leaning on a sacrifice, a ritual from which women are exempt.

What is the halachic meaning of voluntary performance?

Though one who is not commanded cannot recreate the “command” element of a mitzva, he or she may still fulfill a mitzva act. Some medieval authorities even characterize women’s voluntary performance as a mitzva.

Is it permissible to perform a mitzva in which one hasn’t been commanded?

Our sages debate the permissibility of women’s voluntary mitzva performance in the context of their discussion of semicha, leaning on a sacrifice.

Vayikra 1:2,4 Speak to benei (lit. children of or sons of) Yisrael and say to them: A person from amongst you when he brings a sacrifice to God… and he shall lean his hand on the head of the burnt offering and it will be accepted for him, to atone for him.

Women are exempt from semicha based on a midrashic understanding of the above-cited verses. The Talmud cites the midrash, which also debates whether women may perform semicha voluntarily.

Rosh Ha-shana 33a “Speak to benei Yisrael” – The sons of Israel lean and the daughters of Israel do not lean; these are the words of Rabbi Yehuda. Rabbi Yosei and Rabbi Shimon say: Women lean [as a matter of] reshut (permission).

The midrash halacha deduces from the use of the term “benei Yisrael” that benot Yisrael, daughters of Israel, i.e. women, are not fully included in the command. According to Rabbi Yehuda, women may not lean on a sacrifice at all. Rabbi Yosei and Rabbi Shimon agree that women are not obligated in semicha, but maintain that women may lean voluntarily. (We explore their viewpoint below.)

Rashi Rosh Ha-shana 33a s.v. Ha-nashim For they are completely exempt [from shofar] because it is a positive time-bound mitzva and when they blow there is [a violation of] bal tosif [adding to the mitzvot].

Typically, bal tosif refers to adding quantitatively to a mitzva, for example, by sitting in the sukka for an additional day or attaching an extra compartment to tefillin. However, Rashi suggests here that bal tosif might also refer to performing an act that is not obligatory, while treating it as if it is.

Tosafot Eiruvin 96a s.v. Michal …According to one who doesn’t hold that women have permission [to perform mitzvot from which exempted voluntarily], it is not because it gives the appearance of adding on [to the mitzvot]. Rather because blowing [shofar] is a rabbinically prohibited labor [on the festival] and semicha, even with mere resting of the hand [on the animal], gives the appearance of [a violation of the prohibition of] avoda she-bekodeshim [labor with sanctified animals].

Tosafot explain that a person who leans on a sanctified animal when not required to do so appears to be doing avoda she-bekodeshim, labor with sanctified animals. Avoda she-bekodeshim is prohibited on a Torah level, and appearing to do it is rabbinically prohibited. Rabbi Yehuda would similarly prohibit women from blowing shofar, because there is a rabbinic-level prohibition on blowing shofar on a festival when not commanded.7

According to Tosafot, unless there is a specific reason to prohibit a woman’s voluntarily performing a particular mitzva, Rabbi Yehuda permits it.8 That does not tell us whether or not Rabbi Yehuda sees any value in the act.

The halachic consensus is to follow Rabbi Yosei and Rabbi Shimon’s position over Rabbi Yehuda’s. Their position also appears in a parallel midrash halacha, alongside a related anecdote:

Sifra, Dibura De-Nedava II 2:2 (cf. Chagiga 16b) Rabbi Yosei and Rabbi Shimon say: Women lean [as a matter of] reshut. Rabbi Yosei said: Abba Elazar said to me: We had a calf for a peace offering, and we brought it out to the women’s area, and the women leaned on it. Not because leaning is [the law] with women, but rather because of nachat ru’ach shel nashim [women’s gratification].

Apparently, women in the Temple wanted to perform semicha, even though they were exempt from it. Rabbi Yosei and Rabbi Shimon maintain that women’s gratification, nachat ru’ach shel nashim, has independent value. If we assume that they, too, might have been concerned about the appearance of performing avodah shebekodeshim when leaning on animals voluntarily, we can learn here that nachat ru’ach shel nashim supersedes that rabbinic prohibition. On this view, Halacha takes women’s feelings into account.

What is the halachic meaning of voluntary performance?

As we have seen, Rabbi Yosei and Rabbi Shimon permit a woman to perform semicha as a matter of reshut, permission. There are two main ways in which to understand reshut here (and in general).

Machzor Vitri 359 So ruled Rav Yitzchak Ha-levi, that they are not obligated and don’t need [to perform positive time-bound mitzvot]. But if they desire to bring themselves into the yoke of mitzva the permission is in her hand… for she is one who fulfills a mitzva.

Rav Yitzchak thus calls a woman who undertakes voluntary performance a “mekayyemet mitzva,” one who fulfills a mitzva.

Ramban uses an even stronger formulation to describe a woman’s performance of positive time-bound mitzvot:

Chiddushei Ha-Ramban to Kiddushin 31a For it is reshut de-mitzva, and God commanded this mitzva to men as an obligation, to women as optional.

According to Ramban, a woman is commanded in the mitzva. It’s just that men receive the mitzva as an obligatory act to pursue, while women receive it as an optional act to fulfill.

Ra’avya II Sukka 640 For albeit one who is commanded and performs [a mitzvah] is greater than one who [performs but] is not commanded, in any case it is a mitzva.

Halacha generally permits a woman to perform mitzvot from which she is exempt – and recognizes these acts as halachically meaningful.

Click here to learn more about voluntary mitzva performance. What makes it valuable? Can customary performance become obligatory? And how should someone decide whether to voluntarily perform certain mitzvot? Read the full article to see the sources and further analysis at https://www.deracheha.org/voluntary-mitzva-performance/ 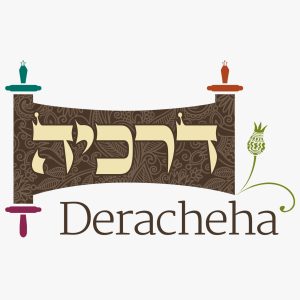