This week’s learning is largely focused on health and medicine – what is medicinal and therefore forbidden on Shabbat as opposed to foods and practices that may also been used by healthy people. The subject of medicine in the Talmud is a vast one and I do not pretend to have much knowledge in it. The accepted opinion is that the best text about it is still the one written over one hundred years ago in German, translated to English a few decades ago and only recently translated to Hebrew. Dr. Julius Preuss (1861 -1913) was a Jewish family doctor in Berlin who wrote thirty articles on medicine and halacha. In 1911, he published his life’s work Biblical and Talmudic Medicine. It included chapters on doctors, anatomy, methods of treatment and every ailment ever mentioned in the Bible and Talmud, as well as the myriad health and hygiene tips the Sages passed on to us. Dr. Preuss wrote that he is the only doctor versed in Hebrew and Aramaic to undertake a study like this and until today no one has really attempted a similar mammoth project. 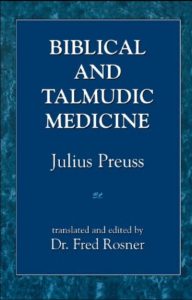 The difficulty of this topic is not just the sheer volume of material but also the fact that the Talmud was compiled over several centuries and in a few countries. Medical traditions were different in Roman Palestine and Sassanian Babylonia, and there are also Jewish ideas and Christian ones about health and disease thrown in. Still it might be helpful to understand a few principles of medicine from this period. The most respected medical authority until well into the Middle Ages was a man named Galen who lived in the second century CE. He was born in Pergamon (now Turkey) and studied in the great medical school of Alexandria among other places. He was a physician to gladiators in Pergamon and eventually moved to Rome and became doctor to the caesars. He tried to increase his medical knowledge by dissection but he had to be satisfied doing his operations on monkeys and pigs because human autopsies were forbidden. He was the doctor during the terrible plague in Rome in the 160s (probably smallpox, about a 10% mortality rate).  Galen was well known to medieval Jewish doctors, including Maimonides, and some said that he was really Rabban Gamliel! 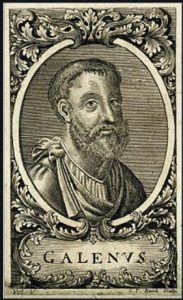 Galen’s theory of medicine was based on something called humors. He believed that the body was made up of four kinds of fluids: yellow bile, black bile, phlegm and blood. If these humors are balanced, you will be healthy, if not you will get sick. Diseases come when you eat unbalanced foods – too much hot, dry, cold or moist – and can be cured by taking the opposite foods as well as by exercise, baths and massage.  For example, garlic is a hot food and can bring on a fever. When the Talmud emphasizes that certain foods are good in certain times and seasons, these ideas seem to be following Galen.  The emphasis on medicinal foods in our texts seems over the top to us, almost magical thinking, but it was cutting edge medicine in those days. 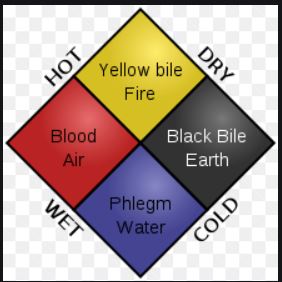 Of course the Talmud also talks about other healthy practices, some of which we still use today. On our pages (Shabbat 108) Shmuel, a renowned doctor, says that the best practice of all is washing your hands. Good advice for these days! He also says that drinking contaminated river water is bad for your intestines. The benefits of bathing in the Dead Sea are cited on 109, and the Dead Sea is still known for its therapeutic value. 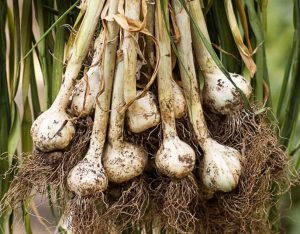 An interesting point that the Talmud mentions is sickness because of sin. We hear about a man who could not be cured of a snake bite and it turns out it is because he flouted the authority of the Sages. Something we don’t hear a lot is an idea that was common in early Christianity – faith healing. In a few stories in the New Testament, Jesus heals people through the power of faith. In a fascinating twist on our Gemara here, he is attacked by the people for healing on Shabbat. This brings us to the question of what exactly is forbidden when you take medicine on Shabbat – the preparation of the medicine? The fact that this is something usually done during the week and not appropriate for Shabbat? That seems to be what Jesus is accused of in the New Testament.

Finally, the Gemara on 110 says that one may drink anything on Shabbat except mei dekalim, palm tree water, because that is only drunk for medicinal purposes. What is this palm tree water (which by the way is also called mei dekarim, water that stabs)? “Rabba bar Beruna said: There are two palm trees in Eretz Yisrael, and a spring of water emerges from between them. “ Shmuel Safrai brings a picture from the Byzantine period Madaba map, a mosaic map of the Land of Israel found in a church in Jordan, that shows such a spring on the other side of the Jordan. Is this the mei dekalim that the Gemara talks about? 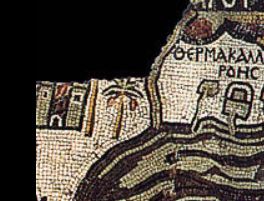 Now go eat some hyssop and take a dip in the Dead Sea and call me in the morning!