When Israel Was In Egypt’s Land

The Mishnah explains that in Pesach Mitzraim, the lamb had to be set aside already on the tenth of Nisan. In addition, the doorposts had to be “painted” with the blood of the sacrifice and the “paintbrush” was a hyssop branch (ezov) In addition, the sacrifice had to be eaten in haste and the prohibition on leavened bread was only for the that first night and day, not all seven as we have for later Passovers.

These laws fit well with the context of the Exodus. The lamb being set aside in advance was meant to signify the Israelites’ commitment to God; making a public show of this sacrifice was not exactly politically correct in Egypt. Rashi emphasizes this idea in a powerful way. He says that the Israelites were going to be redeemed but as of yet, they had done no mitzvot. God gave them the opportunity to separate from idolatry as well as do two mitzvot – the Passover sacrifice and circumcision, which the rabbis say was also done prior to the first Passover. In this way they were prepared to be redeemed. 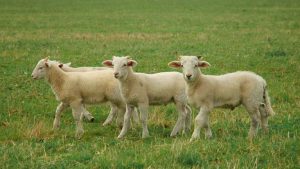 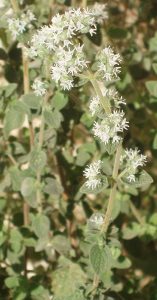 The haste is also obvious – the Israelites needed to be prepared to leave Egypt at a moment’s notice. They are told to eat the sacrifice with their shoes on and their staffs in their hands, this is no lengthy celebratory meal but a prelude to a quick exit from this hated land.

Once the Children of Israel have left Egypt, the Passover sacrifice and celebration changes. We hear about one Passover celebration in the desert – the source of the law of “second chances,” Pesach sheni. This is a beautiful example of a law coming from the needs of the people, rather than dictated from above. People who had been impure at the time of the Passover sacrifice did not want to be left out of this incredibly significant, nation defining mitzvah. They essentially ask Moshe for a “do-over,” another opportunity to keep the Passover. Moshe asks God and God says yes, there will be a second chance one month later,

After that story we do not hear about the celebration of the Passover anymore in the desert. The next time it comes up is in the book of Joshua, after the Israelites have entered the land. Although their circumstances could not be more different – a free people and not slaves, already knowledgeable in the Torah, ensconced in what will be their own land – there are some fascinating parallels between the Exodus Passover and the first Passover in the land.

The first similarity does not seem to have much to do with Passover. When the two spies go to check out the city of Jericho on Joshua’s orders, they are sheltered by a woman named Rahab. She expresses her deep belief in the power of God and begs them to save her when they eventually conquer the city. They agree – she is clearly a righteous woman, and they don’t have much choice. They tell her that she must signal them when the Israelites take the city. What is the signal? A red string placed in her window. Rahab is spared with the red sign, as the Israelites were spared years earlier with the red on their doorposts.

The next parallel has to do with that powerful date, the tenth of Nisan. While it loses its importance in later Passover celebrations, here it is the most significant day because it is the day that the Israelites cross the Jordan and enter the land:

The people came up from the Jordan on the tenth day of the first month, and encamped at Gilgal on the eastern border of Jericho. (Joshua 4:19)

What a closing of the circle! From a frightened, enslaved people taking a very brave step towards freedom, forty years later their children enter the land on that same day, with the Ark of the Covenant leading the way. 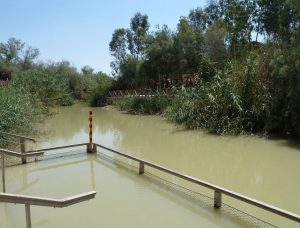 After entering the land the Israelites do not begin with their military campaign. Rather, they first circumcise all the men. The text explains that everyone who left Egypt was circumcised but then they did not perform the mitzvah of brit milah in the desert. After they recover from the circumcision, they celebrate the first Passover in the Land. Here is the sequence of events: enter the land on the 10th of Nisan, 11-13 brit milah and recovery, 14, Passover sacrifice, 16 the manna stopped falling and they ate from the produce of the land.

Let’s go back to that idea – did they really not perform the mitzvah of circumcision the entire time they were in the desert? And they were not criticized for this lapse? Rabbi Yisrael Rozenzon suggests that they were not supposed to circumcise in the desert. Not because of health risks but because this mitzvah was meant to be “saved” for entry to the land. It was a way to renew the covenant with God, in this important place. The two commandments with which the nation of Israel begins its journey – milah and Pesach – are also the two with which they begin the second stage of that journey, living as a free people in their own land.