On daf 66 of Yoma, the Gemara relates a series of questions that students asked Rabbi Eliezer. Each time, Rabbi Eliezer refused to give a straight answer and essentially brushed them off. From a relatively straightforward query — can you carry the goat if it cannot walk — the questions and especially the answers become stranger. When asked if one should plaster one’s house after the Temple has been destroyed, Rabbi Eliezer asked in return if one should plaster one’s grave. What is going on here? Why the evasiveness?

The Gemara is aware of the problem and explains that Rabbi Eliezer was not trying to avoid the questions because he could not answer but rather because he did not want to answer:

“It was not because he was distancing them with words, rather it was because he never said anything that he did not hear from the mouth of his teacher.” (Yoma 66b)

In the constant tension in halacha between tradition and innovation, between laws passed down and laws created, Rabbi Eliezer is the master of tradition. He will not offer a halachic opinion if he has not learned it from a teacher. Who is Rabbi Eliezer and how did this adherence to tradition affect his life as a scholar?

The name Rabbi Eliezer (without a father’s name) is always the Tanna Rabbi Eliezer ben Hyrcanus. He is also sometimes called Rabbi Eliezer HaGadol, the great. He was a second generation Tanna, a student of Rabban Yohanan ben Zakkai, a colleague of Rabbi Yehoshua and, along with him, a teacher of Rabbi Akiva.  Rabbi Eliezer’s background is something of the inverse of Rabbi Akiva’s. Both came from homes which did not place much value on literacy and Torah learning, but for opposite reasons. Rabbi Akiva was very poor and went to earn his living as a shepherd, deprived of any kind of schooling. Rabbi Eliezer on the other hand grew up in the house of Hyrcanus, a wealthy landowner. His father encouraged work, marriage, kids: the classic bourgeois lifestyle. But Rabbi Eliezer wanted more:

“The following befell Rabbi Eliezer, son of Hyrḳanos. His father had many ploughmen who were ploughing arable ground, whereas he was ploughing a stony plot; he sat down and wept. . . His father said to him: But why do you weep? He answered him: I weep only because I desire to learn Torah. (Hyrḳanos) said to him: You are twenty-eight years old—yet you desire to learn Torah? Go, take a wife and have sons and you will take them to school.” (Pirkei deRabbi Eliezer chapter 1)

Rabbi Eliezer perseveres in his quest and goes (with the encouragement of Elijah the prophet) to Jerusalem and begins to study with Rabban Yohanan ben Zakkai. Rabbi Eliezer becomes such a brilliant student that when his father comes looking for him in order to disown him, he is dazzled by his learning (or by the honor it brings?) and wants to make him the sole inheritor of his fortune. Rabbi Eliezer refuses and chooses a life of Torah study.

Rabbi Eliezer became one of Rabban Yohanan ben Zakkai’s prize students. In a famous passage in Ethics of the Fathers (2:8) Rabban Yohanan described each of his students. Rabbi Eliezer is described as a בור סיד שאינו מאבד טיפה, a plastered cistern that never loses a drop. Rabban Yohanan, a master educator, knew how to value each of his student’s abilities. He recognized Rabbi Eliezer’s phenomenal memory and ability to retain and pass on all the traditions he learned from others. This is an incredible and necessary asset in a world of oral tradition. Creativity is very nice but it must be grounded in the knowledge that is passed down through the chain of tradition. 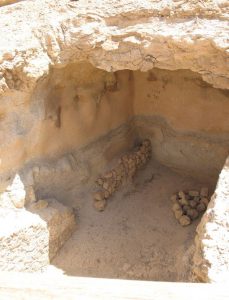 Rabbi Eliezer took his ability to remember and turned it into a value. He refused to teach anything that he had not heard from his teachers. He became the embodiment of “Sinai,” the Torah passed down from generation to generation. In contrast to him were scholars like Rabbi Elazar ben Arach, described as an ever- flowing spring, a force of creativity and change. Rabbi Eliezer even disdains the new ideas taught in the Bet Midrash, claiming that they were known already. In a story in Hagigah 3a he asks Rabbi Yossi what was new that day in the Bet Midrash. Rabbi Yossi answers him with a halacha about Amon and Moav. Rabbi Eliezer is so angry at what Rabbi Yossi calls innovation that he temporarily blinds him, saying that this is an old halacha, passed down for generations.

The conflict between tradition and innovation, or perhaps between authority and democracy, comes to a head in the famous story of the oven of Achnai (Bava Metzia 59). Here all the rabbis in the Bet Midrash agree on the fact that a certain type of oven can become impure. Only Rabbi Eliezer stands on the other side. He proves that he is correct by doing miracles – water flows backwards, a tree flies through the air. Each time the other rabbis say that is all well and good but that is not how we determine halacha – we go by the majority. When Rabbi Eliezer finally has a heavenly voice proclaim that he is right, Rabbi Yehoshua gets up and utters the famous words לא בשמים היא, the Torah is not in heaven, i.e., now that Torah has been given to man, people get to decide what is correct.

This story contains much to unpack but for our purposes we will suffice with the fact that from that point, Rabbi Eliezer falls out of favor with his colleagues. He is excommunicated and no one comes to study with him. When he is on his deathbed, the rabbis come to visit him. At that point he utters these heartbreaking lines:

So much Torah to pass on and no one to give it to! Could Rabbi Eliezer’s tragedy have been avoided? Is there a way to remain true to tradition and still be innovative and flexible? In those early days of Eliezer the student, it seems that Rabban Yohanan ben Zakkai showed him another way. When Hyrcanus arrives to find his son, Rabban Yohanan asks Eliezer to teach some Torah. Eliezer says he is like a cistern (exactly how he is described years later!) that can only give out what it takes in. But Rabban Yohanan says no, you are a spring:

“(R. Jochanan) said to him, I will (also) tell you a parable. To what is the matter like? To this spring which is bubbling and sending forth its water, and it is able to effect a discharge more powerful than what it secretes; so too you are able to speak words of the Torah in excess of what Moses received at Sinai.” (Pirkei deRabbi Eliezer chapter 2) (my emphasis)

Could Rabbi Eliezer have been both a cistern and a spring? We will never know as he chose another way. In any case, he was an incredible and essential resource of Oral Law. The Gemara in Sotah (49b) pronounces: When Rabbi Eliezer died, the Torah was put into Geniza (storage). 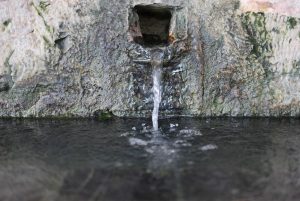