“Rav Yosef said: Rabbi Yehuda HaNasi teaches that if there were three they are prohibited from carrying without an eiruv. Rav Beivai said to the Sages: Do not listen to him, as he is mistaken. I told it to him, and I told it to him in the name of Rav Adda bar Ahava, not Rabbi Yehuda HaNasi, but due to his illness, Rav Yosef forgot this detail. When he heard this, Rav Yosef said in astonishment: Master of Abraham! I mistook the word Rabbi for the word many [rabbim].” (Eruvin 75)

On this page of Eruvin we have a story that seems commonplace enough. Rav Yosef presents a law in the name of Rabbi Judah the Prince: Rebbe, but it seems he has misheard and it is not Rebbe but rabbim, many. Mishearing something or even misremembering it is a common occurrence and we would not have thought much of it except that Rashi explains:

כששכחתי הדבר בחלי “When I forgot the matter in my illness”

It seems Rav Yosef had been sick and due to his illness, he forgot much of what he had taught. The story gets sadder but before we dive into it, let us understand who was Rav Yosef.

Rav Yosef bar Hiyya was a third-generation Amora in Babylonia (late 3rd – early 4th century CE). His main teacher was Rav Yehuda, the founder of the yeshiva in Pumbedita. 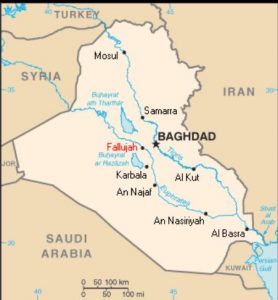 Pumbedita was located where modern day Fallujah, Iraq is (Wikipedia)

When Rav Yehuda died, Rav Yosef was meant to be his successor. However,  his contemporary Rabba bar Nahmani רבה was also a worthy candidate. Rav Yosef was known as Sinai, someone who contains within him all the Torah from Mount Sinai, and Rabba as Uprooter of Mountains עוקר הרים, a sharp and analytical mind. They sent to the rabbis of Israel to ask which candidate is preferable and the answer was Sinai, Rav Yosef. Having all the Torah at your fingertips is a more useful quality for the head of a yeshiva than an analytical bent, extraordinary as it may be. Despite this, Rav Yosef deferred to Rabba and made him become the Rosh Yeshiva. Only when Rabba died decades later did Rav Yosef become the head of Pumbedita. During that whole time, he treated Rabba with extraordinary respect.

Rav Yosef’s main students were Abaye and Rava רבא. two of the most important and most quoted Amoraim in the Babylonian Talmud. They each treated him with great respect, Abaye even stood up when he saw Rav Yosef’s donkey approaching, even before Rav Yosef himself came into view. Rav Yosef was wealthy and owned fields and vineyards and gave much charity. Despite all this honor, Rav Yosef remained a very humble man and one who greatly respected other scholars. He understood that Torah learning had given him his high position in society:

“Rav Yosef, on the day of Shavuot, would say: Prepare me a choice third-born calf. He said: If not for this day on which the Torah was given, how many Yosefs would there be in the market?” (Pesachim 68b)

Besides being a repository for mishnayot and beraitot (he is quoted numerous times as bringing a Tannaitic source תני רב יוסף), Rav Yosef was also well versed in Tanakh and its meaning. All this knowledge made him a significant resource in the days when everything was oral. And then came the downfall.

Nedarim 41 has a long discussion about sickness and how it affects people. It is there that we hear the story of Rav Yosef:

“Rav Yosef himself fell ill and his studies were forgotten. Abaye restored his studies by reviewing what he had learned from Rav Yosef before him. This is the background for that which we say everywhere throughout the Talmud, that Rav Yosef said: I did not learn this halakha, and Abaye said to him in response: You said this to us and it was from this baraita that you said it to us.”

Some form of sickness affected Rav Yosef’s memory and he forgot that huge store of learning. And indeed, eight times in the Babylonian Talmud (interestingly, five times out of the eight are in Eruvin) we have a dialogue between Rav Yosef and Abaye, his pupil. Rav Yosef says I don’t know this halacha and Abaye gently reminds him, no Rebbe, you are the one who taught it to us, here is what you said. On our daf as well we do not have the dialogue with Abaye, only the embarrassment of Rav Yosef when he hears his error. Rav Yosef partly remembers the halacha, but he is confused. Then it comes back to him and all is clear.

Rav Yosef’s illness was compounded by the fact that at some point he became blind. Imagine this brilliant man, who contained so much Torah inside him, reduced to blindness and to having his own teachings explained to him by his student. And yet, Rav Yosef is not a tragic or pathetic figure in the Talmud. He is respected, even becomes Rosh Yeshiva at the end of his life, and continues to learn and to teach. Perhaps his humility and his understanding that Torah was much greater and all-encompassing than one person was a source of comfort to him. Or perhaps the fact that he had such patient and loving students, who remembered his glory days and still respected him in his illness, was the reason. Either way, Rav Yosef tells us of this powerful statement about memory and old age:

“Rav Yosef teaches a baraita: This verse teaches that both the tablets of the Covenant and the pieces of the broken tablets are placed in the Ark. One should learn from here that with regard to a Torah scholar who has forgotten his Torah knowledge due to circumstances beyond his control, e.g., illness, one may not behave toward him in a degrading manner.” (Menachot 99a)

May we all merit to honor the greatness in our midst, even when it isn’t immediately obvious to us. 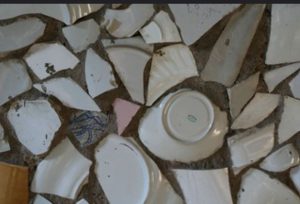