In the midst of a discussion about beauty and whether one’s vow to not marry an ugly person can be annulled, we hear an extraordinary story about Rabbi Yishmael:

According to the Ben Yehoyada, Rabbi Yishmael was known for helping poor brides become beautiful and that is why the “ugly” bride was brought to his home. What prompted this great man, one of the most important scholars of his age, to spend his time making brides beautiful? It does not seem like a standard activity to say the least. Let’s find out about Rabbi Yishmael and his time period.

Rabbi Yishmael was from the third generation of Tannaim, a contemporary of Rabbi Akiva. The troubles of that time, including the aftermath of the Roman conquest and destruction of Jerusalem, were part of the very beginnings of Rabbi Yishmael’s life. He was discovered as a captive in Rome by the great Rabbi Yehoshua who ransomed him and saved his life and his soul:

“Rabbi Yehoshua ben Ḥananya once went to the great city of Rome, where they said to him: There is a child in prison with beautiful eyes and an attractive appearance, and his curly hair is arranged in locks. Rabbi Yehoshua went and stood by the entrance to the prison. He said, as if speaking to himself: “Who gave Jacob for a spoil, and Israel to the robbers?” (Isaiah 42:24). That child answered by reciting the continuation of the verse: “Did not the Lord, He against Whom we have sinned, and in Whose ways they would not walk, neither were they obedient to His law?”” (Gittin 58a)

The Gemara in Gittin goes on to explain that Rabbi Yehoshua was so struck by the child’s knowledge (and probably his composure) that he vowed to free him because one day he would become a great teacher in Israel. This child was Yishmael ben Elisha, later to become Rabbi Yishmael.

Yishmael, like his contemporary Akiva, studied with Rabbi Yehoshua and his colleague Rabbi Eliezer ben Hyrcanus. Despite the trials of the time, both students became giants of Torah and each founded a school of interpretation of the law. Rabbi Yishmael’s methodology was based on hermeneutics, thirteen logical principles that draw out the law from the Torah text. One famous example is kal vachomer: if something is true for the kal, the lesser case, it must be also true for the chamur, the more extreme case. Rabbi Yishmael’s thirteen principles are recited daily in the morning service and they are a core part of the Gemara’s way of teaching.

Rabbi Yishmael’s mantra was דברה תורה בלשון בני אדם, the Torah speaks in everyday language. Therefore, unlike Rabbi Akiva, he did not feel it was necessary to explicate every extra letter or word, but rather understood these extras as a natural way of speech. Sometimes he was exasperated with what he saw as Rabbi Akiva’s more fanciful interpretations. When Akiva explained the verse “and all the people saw the thunder and the lightning” (Shemot 20:15) as seeing the sound and hearing the sights, Rabbi Yishmael’s response was stop making these drashot and go teach some down to earth halacha!

Rabbi Yishmael emphasized the peshat, the plain sense of the text. In a similar vein, he felt that people should live a regular life and not try to live miraculously. While Rabbi Shimon bar Yohai stated that one must learn Torah all day and God will provide food for you, Rabbi Yishmael believed that one could study Torah and earn a living as well. Regarding these two approaches, the Gemara concludes: 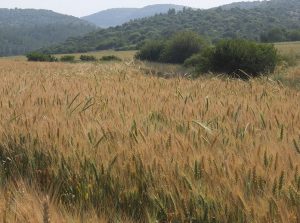 Unlike most of his contemporaries who lived near Lod and Bnei Brak, Rabbi Yishmael lived in the south, daroma, in the village of Kfar Aziz in the southern Hebron Hills. This area received less rainfall and so the people grew and ate barley, something that was usually considered animal food. Interestingly, Rabbi Yishmael allows a husband to provide barley for his wife as well as or instead of wheat, something the other Sages do not allow (Mishnah Ketubot 5:8). He had a nephew who seems to have been drawn to the new sect of Jews who believed in Jesus. When this nephew, Eliezer ben Dama, was bitten by a snake, Rabbi Yishmael forbade him from seeing a Jewish Christian healer and Ben Dama died as a result. Rabbi Yishmael stated that it is better that he died than that he followed the heretics (Avoda Zara 27b)

Rabbi Yishmael’s acts and words, like those of his colleagues, were greatly influenced by his time period. He had to contend with the challenge of the new sect of Jews who believed that Jesus was the Messiah. He took Greek ideas of logic and hermeneutics and utilized them for Torah study. And in a time of great misfortune, persecution and poverty for the Jewish people, he understood that even if all Jewish women were beautiful, their circumstances made them less lovely. Rather than merely lamenting that fact, he took positive steps, took them into his house, and provided them with the opportunity to become beautiful. No wonder that upon his death Jewish women everywhere mourned for him. 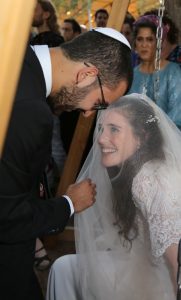