Of the many wives in Rabbinic literature, few are called by their proper names. We know about Bruria and Rachel, Yalta and Homa, but these are the exceptions. Usually all we get is “the wife of,” or in Aramaic דביתהו, literally the house of. But on Ketubot 85a we have a wife who has a different title – the daughter of Rav Hisda. She appears in a court case and tells her husband, Rava, that a certain woman is untrustworthy. Rava relies on her in the continuing proceedings. In a later case, Rav Pappa  makes a claim about a document and Rava does not rely on him. When pressed as to why he answers:

In all the places she is mentioned in the Gemara, we never hear her actual name, only this title: daughter of Rav Hisda. Who is she and what do we know about her background? She shows up quite a few times in the Gemara, in the company of her husband(s) or father or both. She was the daughter and then the wife of a rosh yeshiva and therefore lived in a strong Torah environment all her life.

Rav Hisda was a third generation Babylonian amora who was Rav’s student. He lived at the turn of the fourth century CE in a town called Kafri in Babylonia. 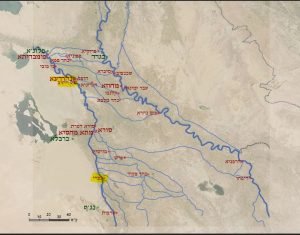 Kafri highlighted in the south (Wikipedia)

Rav Hisda was a Kohen and began life very poor but became wealthy enough to afford his family a life of luxury. Rava who was one of his sons-in-law wished for three things; Rav Hisda’s wealth was one of them (Moed Katan 28a). He lived an amazingly long life, dying at the age of 92. He had daughters and sons, and in a debate about which gender is better, he preferred his daughters! (Bava Batra 141a)  Tosafot claims that this is because he then had scholars as sons-in-law but it seems clear from other stories that Rav Hisda also invested in his daughters, teaching them laws (Hullin 44b) and giving them practical advice (Shabbat 140b). His daughters also worried about and cared for him, as we can see from this beautiful story:

“Rav Ḥisda’s daughter said to her father, Rav Ḥisda, who would spend his nights in study: Doesn’t the Master wish to sleep a little? He said to her: Days that are long but short will soon arrive, and we will sleep a lot.” (Eruvin 65a)

In other words, you’ll sleep when you are dead.

Rav Hisda had many brilliant students and they would visit him and study with him at his home. The following story took place when Rav Hisda’s daughter was a young girl, sitting with her father and two of his prize students:

“the daughter of Rav Ḥisda, was sitting on her father’s lap Rava and Rami bar Ḥama were sitting before him. Rav Ḥisda jokingly said to his daughter: Which of them would you want as a husband? She said: both of them. Rava said: And I will be last.” (Bava Batra 12b)

Trust seems to have been a primary quality in their relationship. In our story in Ketubot, Rava trusts her that she is truthful, the Aramaic is קים ליה בגווה, I am certain about her. The exact same phrase is used in Hagigah 5a, where the scenario is different. Here Rava counsels men not to send their wives meat that has not been properly koshered on a Friday, a notoriously busy and pressured time, because he feared that the wives would not bother or notice that it needed to be fixed. But, the Gemara asks, you Rava send meat to your wife on Friday? Ahh says Rava, קים ליה בגווה, I trust her that she will deal with it properly.

Although the rabbis seem not to have often asked their wives for their opinions, Rava does ask Rav Hisda’s daughter and she is not shy about offering her opinion. When he buys meat that he himself had declared to be kosher she tells him that that is not what was done in her father’s house, it is unseemly (Hullin 44b). Rava asks her to describe the pain of losing her virginity and she tells him that it feels like the first cut of the bloodletter’s knife (Ketubot 39b). She is does not hesitate to share such intimate details with him. (Curiously, the exact same phrase, ריבדא דכוסליתא, is used by Rava to describe the moment of death when he appears to his brother from the afterlife in a story in Moed Katan 28a. Did he borrow the phrase from his wife? Is there a connection between the moment of death and the moment of losing one’s virginity?)

For her part, Rav Hisda’s daughter shows great love and worry for her husband. When he would go to the bathroom, a place known for demons, she would shake nuts in a bowl to scare them away. After he became the head of the yeshiva, and hence even more of a demon target, she would put her hand on his head through a window so as to protect him in this vulnerable moment. She tells Rava that even though she was a widow for ten years between the death of Rami bar Hama and her marriage to Rava, she was thinking of Rava all that time. (Yevamot 34b) And when she feels he may be stolen by another woman (the infamous Homa, widow of Abbaye) she chases her through the streets of Mahoza and runs her out of town (Ketubot 65a).

Rav Hisda’s daughter seems to have been an exemplar – she gained knowledge from her father and from her husbands and was willing to speak her mind. The men in her life saw her as a valuable companion. If only we also knew her name! 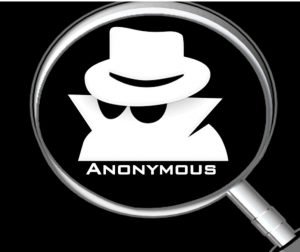 PS Maggie Anton has written works of fiction based on the stories of Rav Hisda’s daughter and has even given her a name, Hisdadukh, daughter of Hisda in Persian.