So, Where Are You From?

On today’s daf we have a few fascinating statements about regional differences in halacha. We learn that Rabbi Eliezer permitted doing all labors on Shabbat, including cutting down trees and lighting fires, as long as the action was necessary for circumcision. The Gemara continues and says that in Rabbi Eliezer’s hometown they followed his ruling and were rewarded for it. Perhaps even more extreme, Rabbi Yossi HaGelili (from the Galilee) ruled that there is no prohibition against eating chicken cooked in milk because the Torah specifically says “its mother’s milk” and birds do not produce milk. These statements, completely different from what we think of today as normative halacha, were made by two very respected Tannaim, contemporaries of Rabbi Akiva. Even if we take the view that these rulings are meant as hyperbole (see this article for example https://haggadahberurah.com/did-rabi-yose-haglili-eat-chicken-with-milk/), they still show a strong divergence in halachic norms. So let’s take a look at the different parts of Israel and see if where you lived changed your halachic observance.

The Mishna and Gemara refer often to different “lands” ארצות for the purposes of getting rid of your maasarot, for sending a get and more. These lands are TransJordan which we won’t address today, the Galilee and Judah. Sometimes we also hear about “daroma,” the south, which can be anywhere from Lod and down. The most fascinating daroma communities are those of the southern Hebron hills, like Sussia, which seem to have held on to older, more Temple related customs for a longer time than other communities. For example, ancient Sussya had thirty five mikvaot, this in a time when the Temple had been destroyed and Jerusalem was off limits to Jews. It seems that in these communities they continued to eat their trumot and maasrot in ritual purity. From that and other signs we think that these communities: Sussya, Maon, Carmel, Eshtamoa were largely populated by Kohanim who wanted to stay close to Jerusalem. 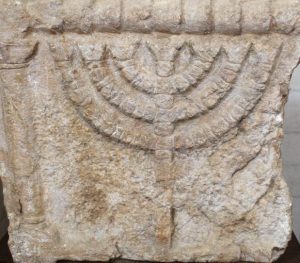 The largest areas were of course Judah and the Galilee. Primacy went to Judah, certainly in the time when the Temple was standing. After the Bar Kokhba revolt, Jewish life largely moved to the Galilee and Judah mostly ceased to exist. But we have references throughout the Gemara about what happened in each place: customs, halachot and more. 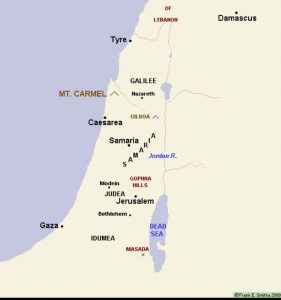 Christian scholars, and some early Jewish ones liked to portray the Galilee in Second Temple times as the home of the simple people, and Judah as the place of the scholars. These amei haaretz, fishermen, farmers. etc were not so interested in Rabbinic law and Rabbinic leadership. They preferred the more down to earth leadership of a certain Jesus of Nazareth, a healer and miracle worker whose ideas sometimes clashed with Pharisee halacha. Today few scholars agree with this simplistic view and they take a broader approach, seeing scholarship in the Galilee as well as simple people in Judah. Here are a few differences (much of this article is based on the analysis in the Yitzchak Ben Zvi series of history, Mishnah and Talmud volume).

One of the starkest contrasts is in marriage laws. It seems that the people of Judah were much more lax than the Galilee about premarital cohabitation. After engagement, it was not unusual for the groom to move into the bride’s house and perhaps even be together as a couple.

He who eats with his father-in-law in Judea without the presence of witnesses cannot raise a claim of non-virginity against his wife because he has been alone with her. (Mishnah Ketubot 1:5)

Therefore, the groom cannot claim that his bride was not a virgin after they married since they are suspected of being together. This however was only in Judah, in the Galilee couples were more modest and waited until the actual wedding.

Another difference connected to marriage shows the people of the Galilee as not only more modest but more compassionate. A widow would continue to receive support after her husband’s death but for how long?

If he did not write for her, “You shall live in my house and be maintained from my estate throughout the duration of your widowhood”, he is nevertheless liable, because [this clause] is a condition laid down by the court. Thus did the men of Jerusalem write. The men of Galilee wrote as did the men of Jerusalem. The men of Judea used to write: “Until the heirs wish to pay you your ketubah”. Therefore if the heirs wish to, they may pay her her ketubah and dismiss her. (Mishnah  Ketubot 4:12)

In Judah the inheritors get to decide when to cut her off, in the Galilee she is supported until she dies or remarries. In this they followed the custom of Jerusalem (a separate region and a subject for another post) The Yerushalmi explains that the people of the Galilee were concerned about their honor and not about their money, the people of Judah felt the opposite.

In terms of Torah study, a discussion in Eruvin 53 seems to imply that the people of Judah were more careful about language and review and therefore they knew more Torah.

Archaeology shows that language was certainly different in the two regions. In Judah, or at least the darom, inscriptions were generally in Hebrew or Aramaic. In the Galilee they were often in Greek. This seems to indicate that the average person did not know Hebrew well enough to read the donor’s name on the plaque. The Galilean synagogues also often have much more imagery, even seemingly pagan imagery like zodiacs, than the Judean ones. 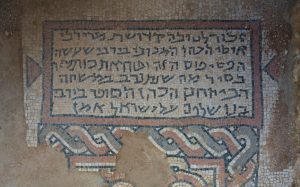 Besides these and other halachic differences, there were practical differences as well. Money and weights varied by region so that one Judean sela was worth two Galillean coins of the same name.

So what is our conclusion? It is hard to draw one. Besides the differences over time and in different parts of the region (big cosmopolitan cities as opposed to small villages) we should not discount the idea of local patriotism and some hyperbole. At some point, as fewer and fewer Jews lived in the land of Israel, these distinctions became irrelevant and were replaced by the differences and allegiances of Ashkenazi vs, Sephardi, Yemenite vs. Moroccan. Back home in Israel again, perhaps we can learn how to live together and accept each other’s differences.