Leaving aside for a few pages the dizzying combinations of brothers who marry sisters, our Gemara delves into the question of mamzerim, children born of an illicit relationship. We really do not want such a situation to occur because a mamzer cannot marry into the congregation and as such has a lonely life. People who are definitely mamzerim may marry each other but the Gemara explains that there are differences of opinion about whether those who are possible mamzerim may marry each other. The obvious question is then asked – who is a ספק ממזר, someone whose status is uncertain?

“And these are those who are considered to have an uncertain status: A child of unknown paternity [shetuki); and a foundling; and a Samaritan [Kuti], “ (Yevamot 37, quoting the Mishnah in Kiddushin)

It is easy to understand how a child of unknown parentage, either because he was found in the street or because his paternity is in question, can be considered of unclear status. But why the Samaritan?

Samaritans, or Shomronim, are a fascinating group on the fringes of Jewish and Israeli society. They are particularly interesting at this time of year because they are the only group that still does the zevach Pesach.. While for all other Jews, the Passover sacrifice is a distant memory, kept alive in texts while waiting for the Temple to be rebuilt, for the Samaritans it is a living tradition that they keep every year (see the Flashback article A Real Sacrifice ). This tiny minority is fascinating to visit and learn from because they are a window into how the Bible could have been interpreted very differently than the rabbis do it. The Samaritans today are a community of eight hundred people, split between their spiritual center on Mount Gerizim, above Shechem, and a second community founded in Holon (near Tel Aviv) in the 1950s. 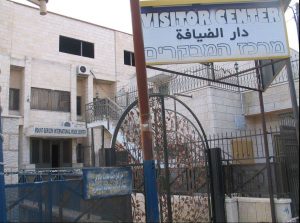 The Samaritan version of their origins is very different from the Jewish version. The Samaritans see themselves as true Jews, descendants of the tribes of Levi, as well as Efraim and Menashe whose tribal area encompassed Shechem. They trace the lineage of their high priest in a direct line back to Aaron. The Samaritans explain that the original site of the Tabernacle was in Shechem, and Mount Gerizim is the holy place, the “makom” described in the Torah where the Temple will eventually reside. Way back in the 11th century BCE, Eli the high priest took the Tabernacle to Shilo, breaking the tradition and leading the rest of the Jews astray. The Samaritans remained true to the correct location and to the proper interpretation of the Torah. They cite with pride the fact that they have never left the land of Israel.

The Jewish version, written in the book of Kings, is rather different. When the Assyrians arrived and exiled the ten tribes of the kingdom of Israel in 722 BCE, they also imported a new, foreign population to work the land. This transfer of populations was a common Assyrian practice. The new population, not knowing how to serve the God of the land, was set upon by lions. Naturally they wanted this to stop so they went to the local ruler and asked him to bring back a few of the original residents to teach them the laws. They began to practice Judaism but were known variously as גרי אריות, lion converts; כותים, Kutim from one of the places they originally came from or Samaritans, based on the fact that they lived in Samaria, Shomron.

According to the Bible, in early Second Temple times the Samaritans wanted to join with the returning Jews in rebuilding the Temple in Jerusalem. They were rebuffed by Nehemiah, the Jewish military governor. From that time on, their relationship with the Jewish population was antagonistic. The Kutim are often mentioned in Rabbinic texts, usually referring to their hostility or how we cannot trust their adherence to Jewish law, but occasionally testifying to their zealous keeping of certain commandments.

Today the Samaritans follow the law in their own way. Their Torah scrolls are written in a version of the ancient Hebrew script, the ktav ivri. They interpret the verse of writing God’s name on your doorposts literally, putting verses in a plaque above their doors, rather than with scrolls in a mezuzah. 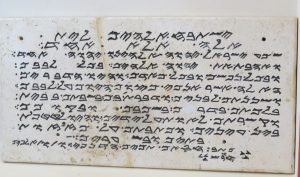 They only accept as Torah the Five Books of Moses and the book of Joshua, rejecting the later books (so they do not have the holidays of Purim or Chanukah). As the rabbis noted, certain commandments are kept much more strictly than they are in normative Jewish practice:

“The matza of a Samaritan is permitted, and a person can fulfill his obligation of Passover with it; but Rabbi Eliezer prohibits it, since Samaritans are not well versed in the details of mitzvot, Rabban Shimon ben Gamliel says that any mitzva that Samaritans embraced and accepted, they are more exacting in its observance than are Jews.” (Kiddushin 76a)

For example, on Yom Kippur EVERYONE fasts – elderly, sick, babies who have been weaned. They do not believe in exemptions for people who might take ill and believe that the merit of fasting will protect them from harm.

However, the rabbis agree that with other laws they are not as strict (or rather they do not conform to Rabbinic law):

“because they are not well versed with regard to the laws of betrothal and divorce.” (Kiddushin 76a)

This is the reason that the Samaritan is a possible mamzer. Their marriage and divorce laws, as well as the way they practice yibbum (Kiddushin 75b) are different from Rabbinic law and so they may consider someone single when she is in fact married or vice versa. This will lead to forbidden relationships. This mutual suspicion was and is one of the reasons that Samaritans and Jews do not become one people. Our laws went in different directions, causing a permanent rift between the two groups. Can this ever be rectified? Whether we consider them as Jews who went astray or as a completely different community, they are a living link to a bygone time and to practices that we no longer follow today. 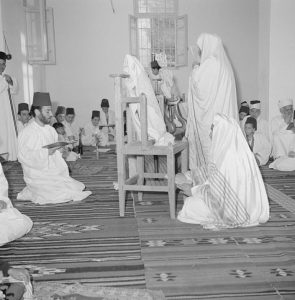